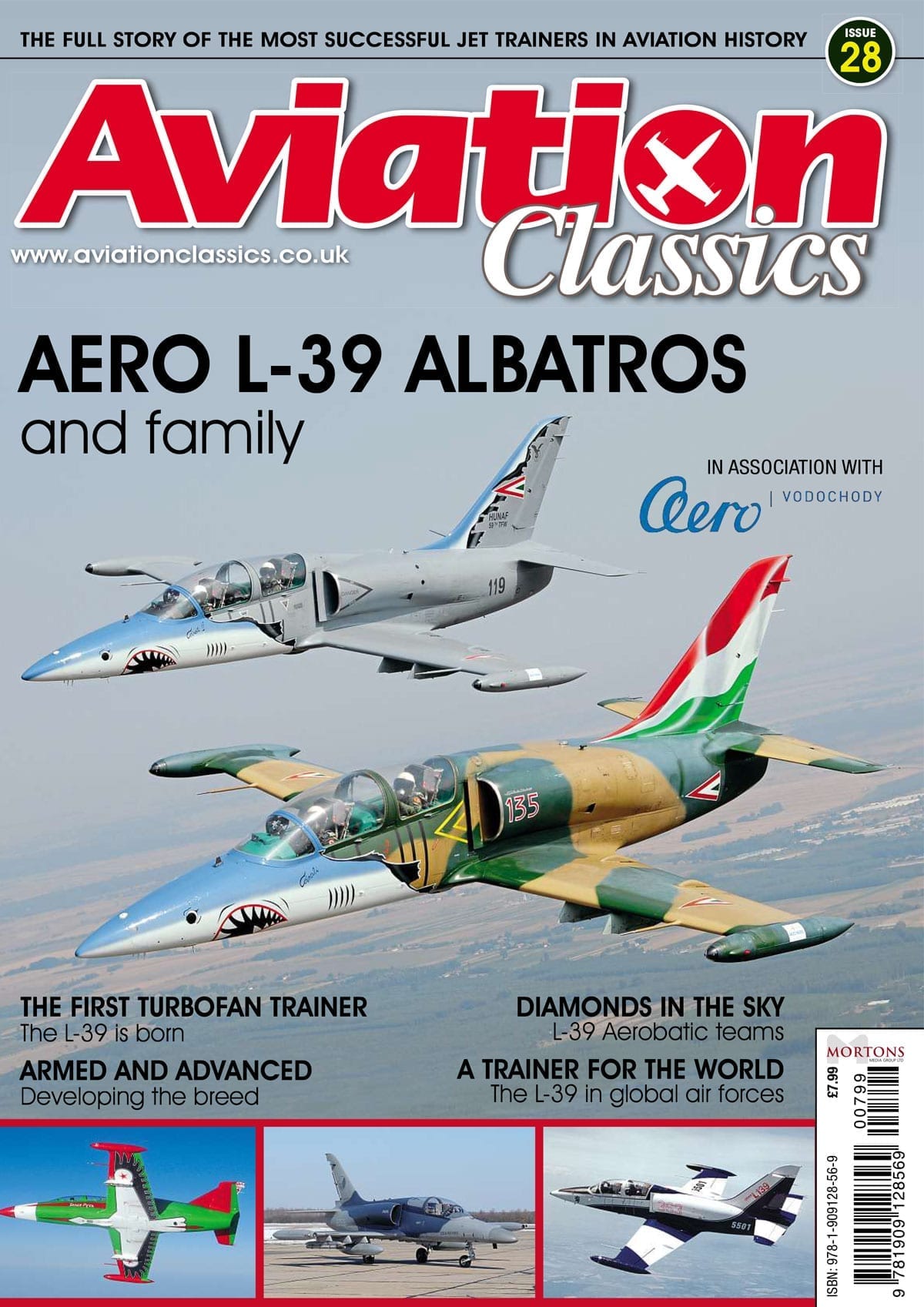 An Introduction from the Editor:

This has been a fascinating and extraordinary story to tell, all the more remarkable because of the history of the Czech Republic. The fact that Aero Vodochody is one of the oldest contiguous aircraft manufacturers in Europe was no surprise, but what was is how little I really knew about them. What has become clear in the course of researching and writing this issue is that while Czech industry has been rightly famed for engineering excellence since the 19th century, the aircraft that Aero produced over the last 96 years are the very embodiment of that reputation.

What makes their story so fascinating is the remarkable people involved, beginning in 1919 with the first director, Jan Kourˇil, and first designer, Antonín Vlasák, who were responsible for the Aero Ae-01 and the company’s first success. When Dr Vladimír Kabesˇ took over in 1921, he brought the talented but explosive Antonín Husník in as co-chief designer.

Husník wrote the business philosophies that were to continue Aero’s success, keeping them solvent despite the global depression which closed many other aircraft companies. The enlightened social policies they introduced meant Aero did not suffer a single strike, evidence of the respect in which the workforce was held by the company. Aero’s reputation as a great employer continues to this day, as fine an achievement as the aircraft it produces.

The German invasion in 1939 and the Communist Party takeover in 1948 sawAero forced to produce other companies’ aircraft as an occupied and then state owned design bureau. However, that creative spark, that individual flair that embodied Aero’s aircraft refused to be extinguished. In 1947 Aero produced the elegant Ae-45, then in the mid-1950s developed the first of the most successful family of jet trainers in aviation history, the L-29 Delfin. The L-29’s later variants were developed by Jan Vlcˇek, who in 1964 also led the design of the remarkable L-39 Albatros.

The elegant little shark of a trainer is still in service all over the world and is about to return to production in a new and highly capable guise. The Aero L-39NG captures the spirit that has epitomized the history of Aero, it is a bold and innovative response to current military training needs, yet it is soundly based on proven and reliable engineering.

Maximum effectiveness for minimum risk could almost be the motto of Aero throughout its history, a philosophy which has produced what I believe will be the future of military training for countries around the world. The L-39NG is the most affordable, adaptable and cost effective trainer in the market today and represents a long and bright future for this reputable manufacturer and its partners.

As I said earlier, it is the people behind the company that makeAero so special. This is still true today as I discovered when I was fortunate enough to meet them at the Farnborough Air Show then spend a week at the Vodochody complex. From the CEO, Ladislav Sˇimek, to the ladies and gentlemen I met working in the assembly buildings, I received a warm and open welcome, so telling the story of this company has become a great personal pleasure.

There are also many people to thank for their time and patience in carefully explaining the past and future of the company and its aircraft. Petr Kudrna, Martin Mamula, Michal Kaprálek, Milosˇ Trnobranský and Jaromir Lang are all busy directors, heads of departments or senior managers, yet all gave me time to talk in detail about their roles and responsibilities.

The test pilots Miroslav Schützner, Vladimir Kvarda and David Jahoda talked passionately about their flying experiences, enough to fill a book on their own! Aside from his leading role in analytics at Aero, Pavel Kucˇera is a historian after my own heart, dedicated to accuracy and unbelievably generous with his time and knowledge. Much of this issue was extrapolated from his history of the company, and I cannot thank him enough.

Likewise, the irrepressible Jakub Fojtík is not only the head of the business department in D&MRO, but the author of many books and encyclopaedias on aviation. Again, he is the generous source of much of the information and many photographs contained in these pages. Finally, my sincerest thanks have to go to Petr Rˇehorˇ, the director of strategy, and Tomásˇ Cícha, the marketing specialist, who not only organised my entire visit, but shared their deep enthusiasm and ideas about the company and this publication.

This issue is a true team effort, and if you will forgive me mangling your incredibly complicated language, deˇkuji ti, moji prˇátelé!