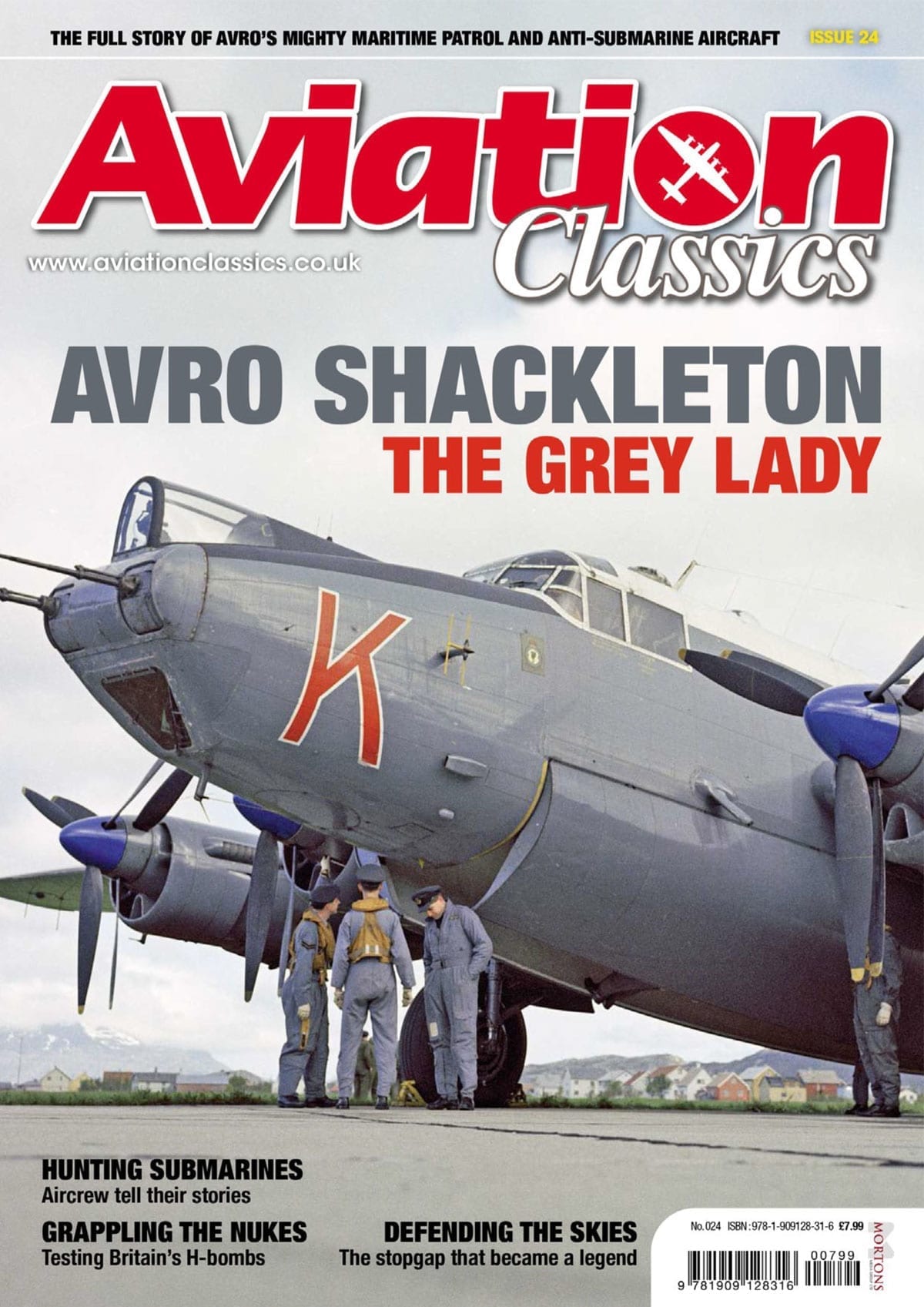 Issue 24 of Aviation Classics looks at the Avro Shackleton – a tough maritime patrol aircraft that entered service with the Royal Air Force in 1951 and was to growl its way across the oceans of the world for an unprecedented 40 years.

The Shackleton was powered by four Rolls-Royce Griffons driving 13ft diameter contra-rotating propellers, the inner propeller turning clockwise when seen from the rear, the forward propeller turning in the opposite direction.

Once again edited by Tim Callaway, who has a broad aviation pedigree, this issue of Aviation Classics comprises the publication’s now established quality mix of features and photographs. This 132 page glossy A4 perfect bound ‘bookazine’ will look at how: