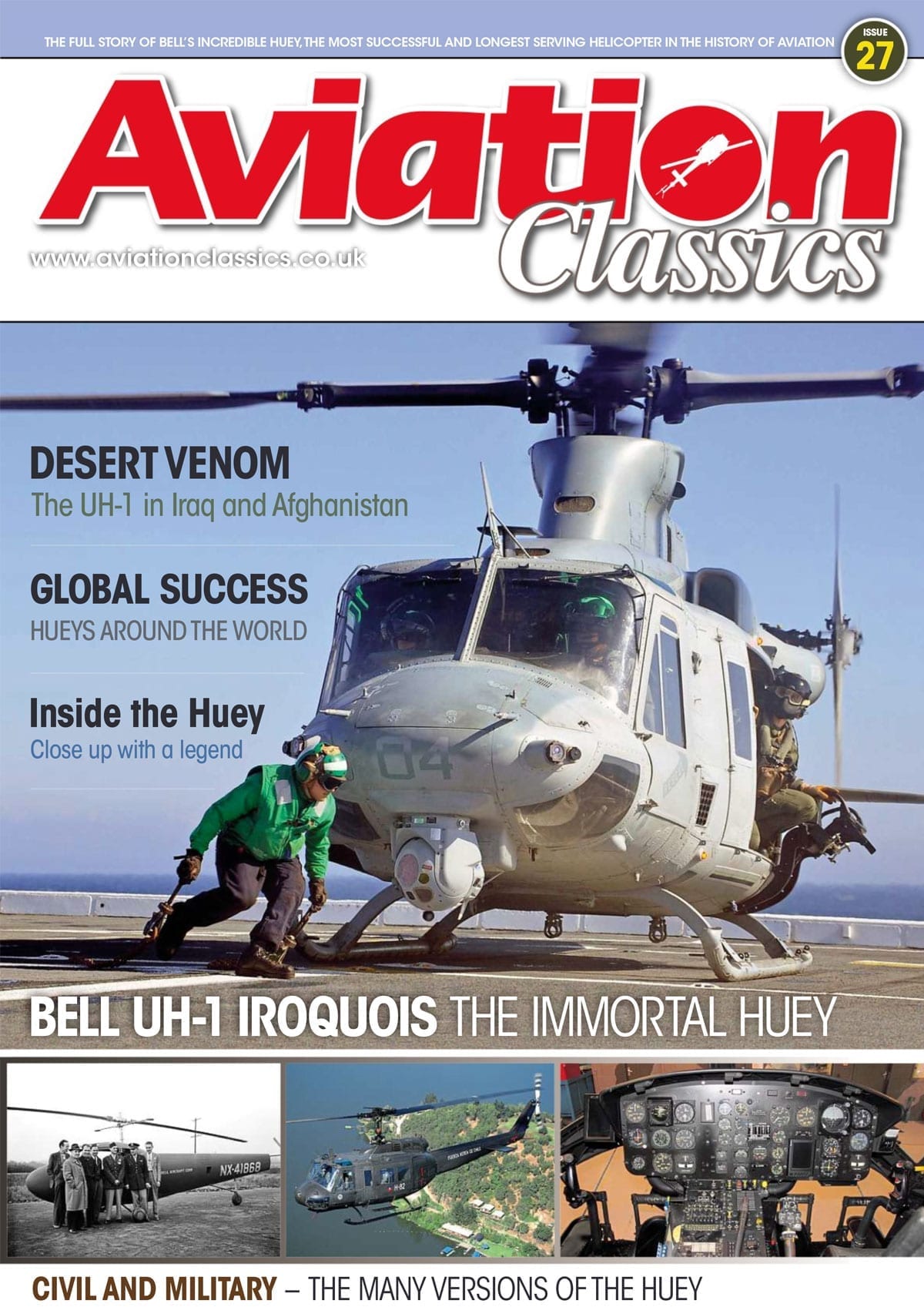 Although an icon of the Vietnam War, the Huey’s legend goes far beyond and it has become the longest serving and most successful helicopter in aviation history.

This publication reveals much of the lesser known history of the type and examines how, from its first flight on October 20, 1956, the Huey, originally designed as a medical evacuation and utility transport, was to become a troop transport, assault aircraft and armed attack helicopter along with a variety of other roles it would later fulfil in both military and civilian life.

It was also the first turbine powered helicopter to be produced in the US and, with many companies offering significant upgrades to all of its versions, the Huey will be flying well into the 2020s and maybe even the 2030s.