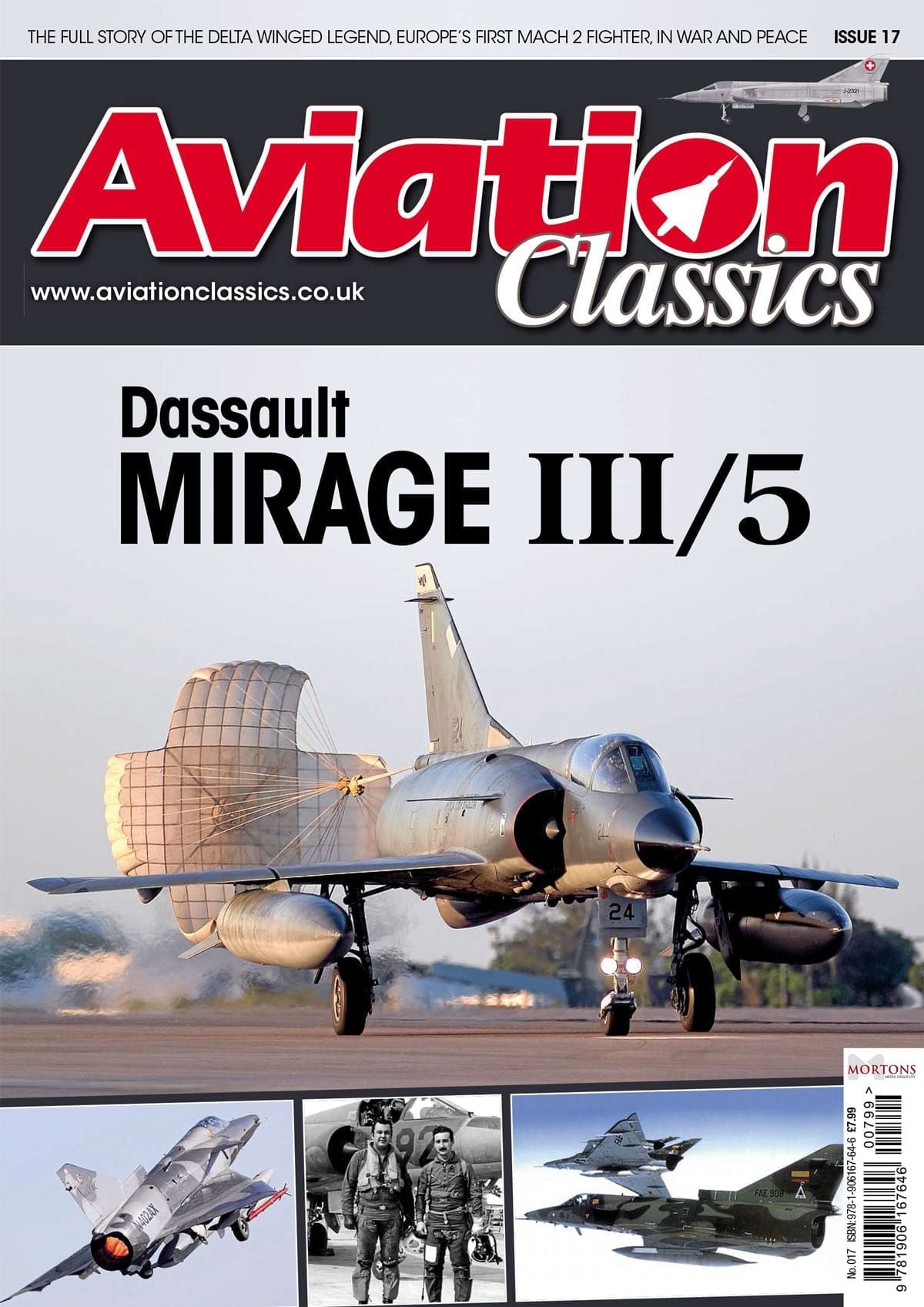 In 1952, the French Government began studies to develop an advanced interceptor. This aircraft was to reach 59,000 feet (18,000m) in just six minutes and have a maximum speed in excess of Mach 1.3, an incredible performance requirement considering the aircraft of the day.

Dassault began studies of a small delta winged design powered by both afterburning jets and rockets. From this early study grew the design of one of the most iconic jet fighters of the Cold War, the Mirage III.

In 1958, the first production Mirage III was the first European aircraft to exceed Mach 2 in level flight, its futuristic shape capturing the imagination of the public through its performance and appearance in a series of popular comic books.

Fighter, fighter bomber and reconnaissance variants followed, and in the late 1960s the Mirage also became a star of both films and its own television series, so ingrained in popular culture had the type become. The Mirage III was a major export success for Dassault, licence production taking place in Australia, Belgium and Switzerland and 21 countries operating the type worldwide.

Dassault then developed the Mirage V, the ground attack variant of the design, which again sold well, being operated by 15 countries. Israel and South Africa both developed their own versions of the Mirage, the IAI Kfir and Nesher and the Atlas Cheetah.

The Mirage took part in many wars around the world, proving itself to be an agile and dangerous opponent, adaptable and easy to maintain in even the most arduous of conditions.

In the this issue of Aviation Classics, we tell the full exciting story of the delta winged jet fighter, from development through its wartime careers with various air forces around the world.