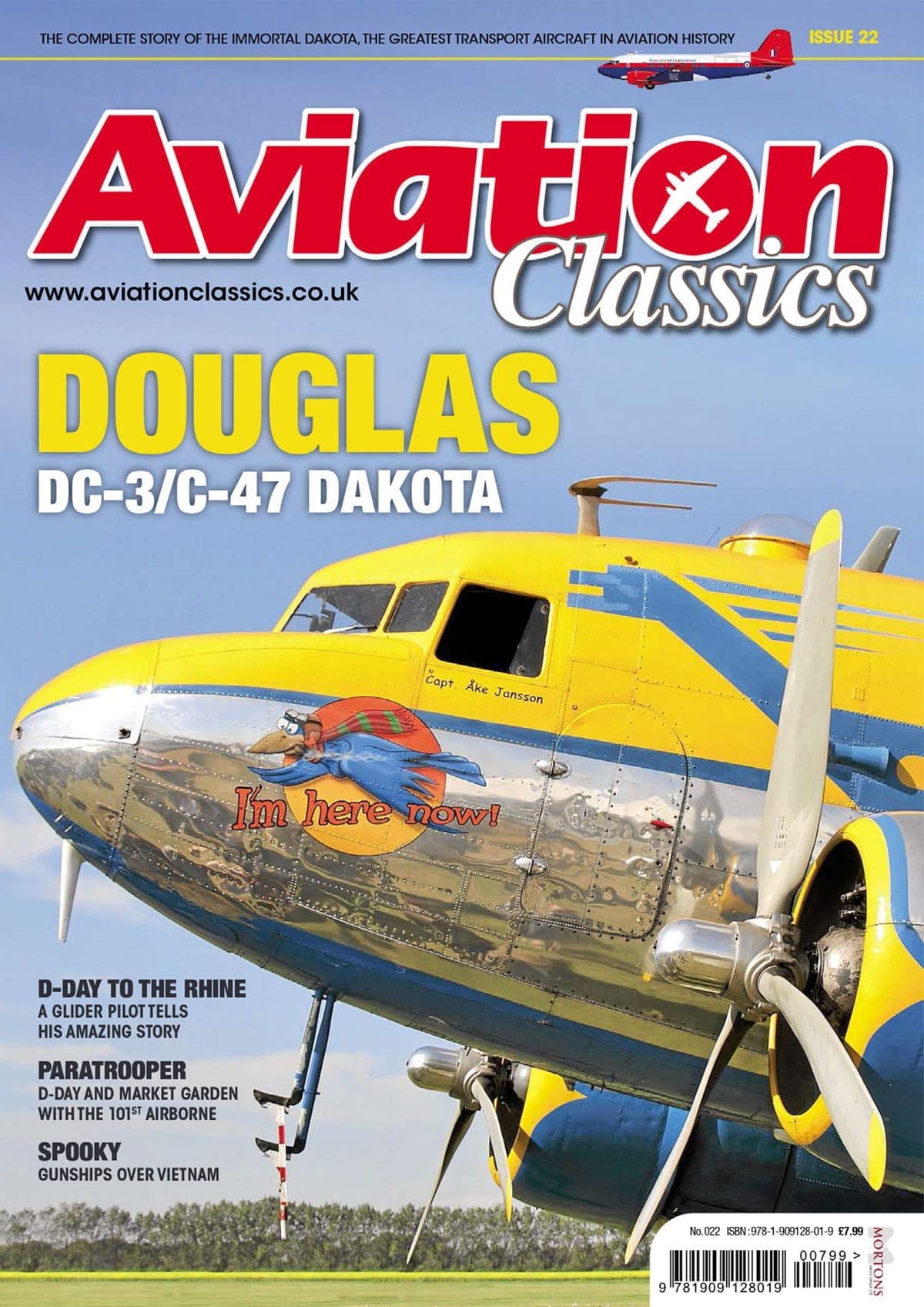 In issue 22 of the Aviation Classics series we recount the history of one of the most important transport aircraft of all time – the Douglas DC-3 / C-47 Dakota.

Once again edited by Tim Callaway, who has a broad aviation pedigree, this issue of Aviation Classics – Douglas DC-3 / C-47 Dakota – will comprise the publication’s now established quality mix of features and photographs. This 132 page glossy A4 perfect bound ‘bookazine’ will:

• Show how the DC-3 was to find fame as a cargo and troop transporter, and as the C-47 and C-53 as a glider tug throughout the Second World War

• Re-visit the first flight on December 17, 1935 when the prototype of what was called the Douglas Sleeper Transport took to the air for the first time… and a legend was born.