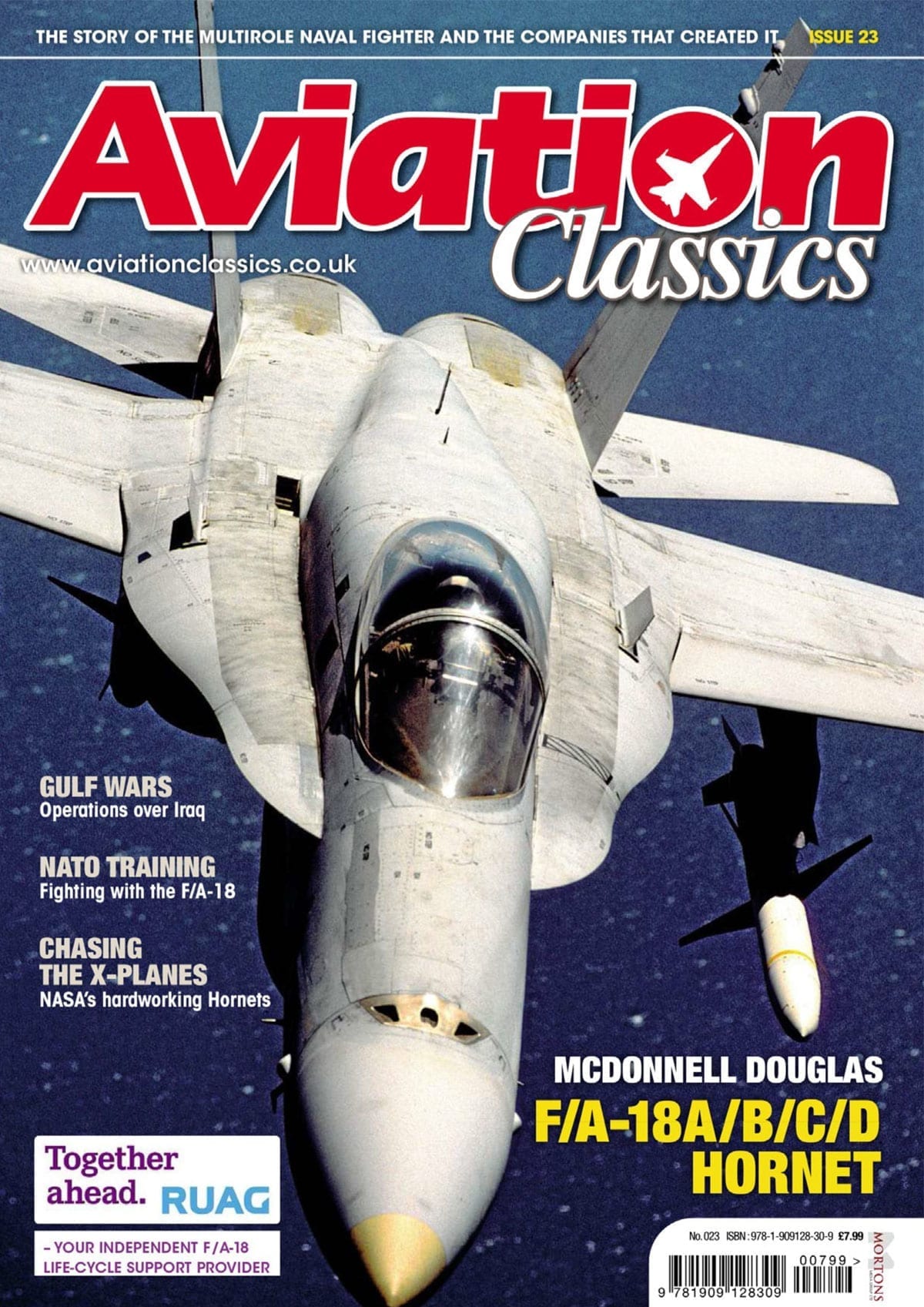 Issue 23 of Aviation Classics explores the fascinating development history of the powerful McDonnell Douglas F/A-18A/B/C and D Hornet and details its operational use since its introduction in hitherto unseen detail.

Once again edited by Tim Callaway, who has a broad aviation pedigree, this issue of Aviation Classics will comprise the publication’s now established quality mix of features and photographs. This 132 page glossy A4 perfect bound ‘bookazine’ looks at how: