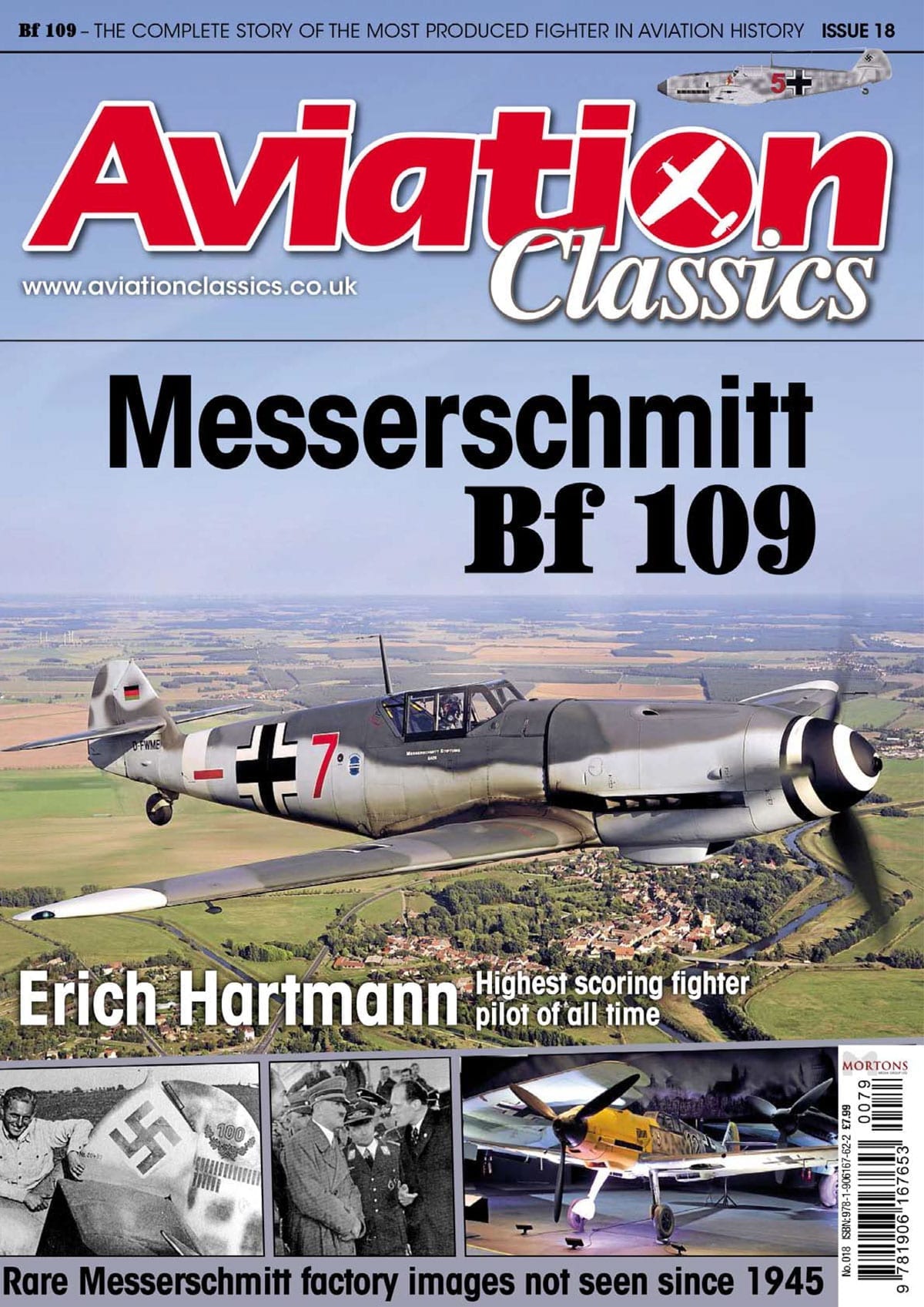 This issue of Aviation Classics takes a leap back to the Second World War and what is arguably the greatest piston engined fighter of all time, the Messerschmitt Bf 109, often referred to as the Me 109.

Designed by Willy Messerschmitt and Robert Lusser in response to an official requirement for a new single seat fighter issued in February 1934, the prototype made its first flight in May 1935 in the hands of Hans-Dietrich Knoetzsch.

Edited and compiled by Tim Callaway, who comes from an aviation background and has extensive knowledge of all things aviation-related, this issue of Aviation Classics will again comprise the publication’s now-established high-quality mix of features and photographs. This 132 page glossy A4 perfect bound ‘bookazine’ will include the following features: