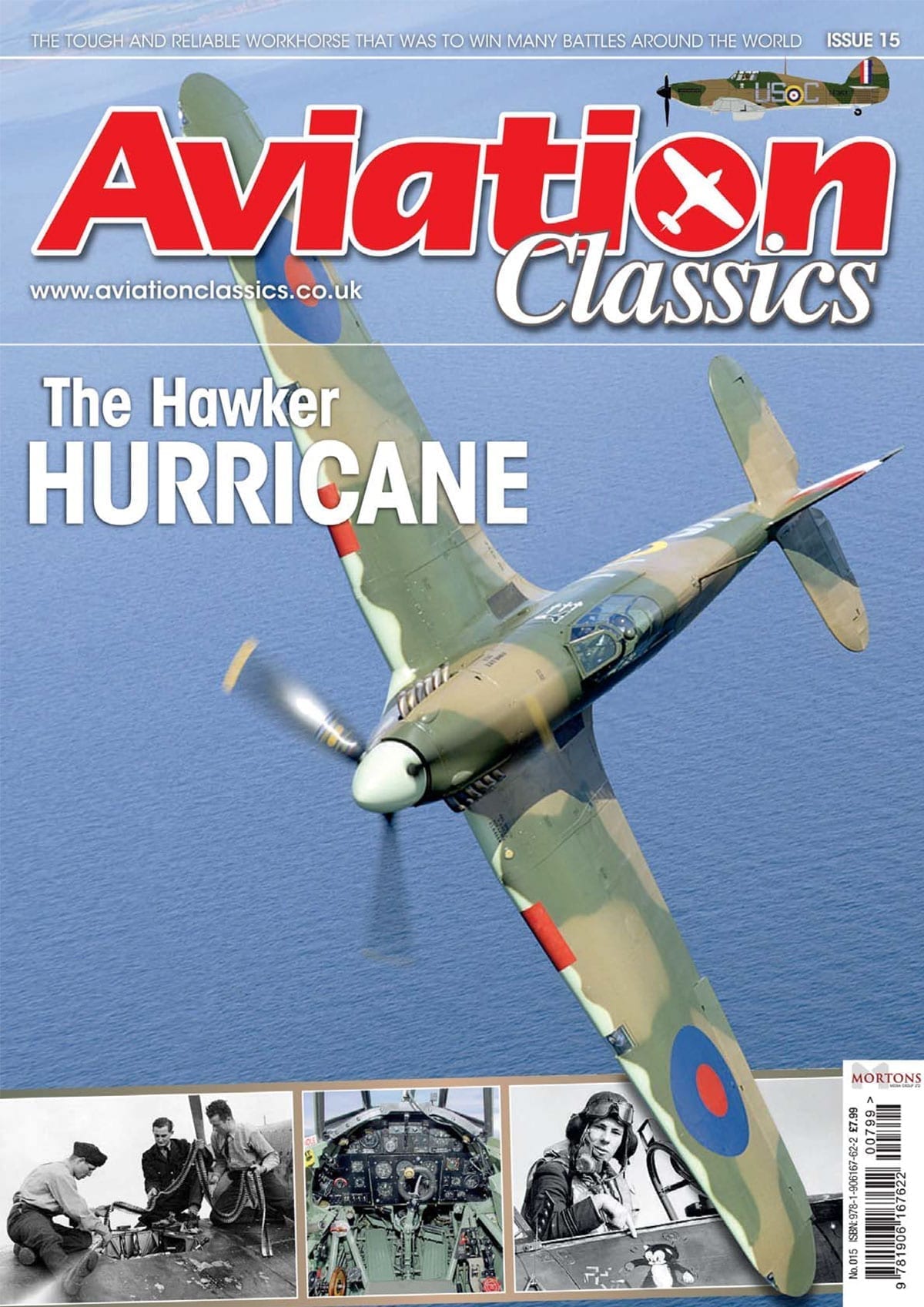 This issue tells the story of the Hurricane and its crews from inception to war career.

Two UK fighters have gone from being mere machines to become icons. The first is the Supermarine Spitfire, the second is the subject of the next issue of Aviation Classics… the Hawker Hurricane.

Designed by Sydney Camm, it represented the bridge between biplane and monoplane technology and was originally known as the ’Monoplane Fury’, after the Fury biplane fighter of 1931.

The type formed the backbone of RAF Fighter Command, with 18 squadrons in service when the Second World War began in September 1939.

Hurricanes saw action over France and the Low Countries before the Battle of Britain began in June 1940, during which they were to shoot down more enemy aircraft than all the other air and ground defences put together.

All over the world the Hurricane earned a reputation for reliability and toughness.