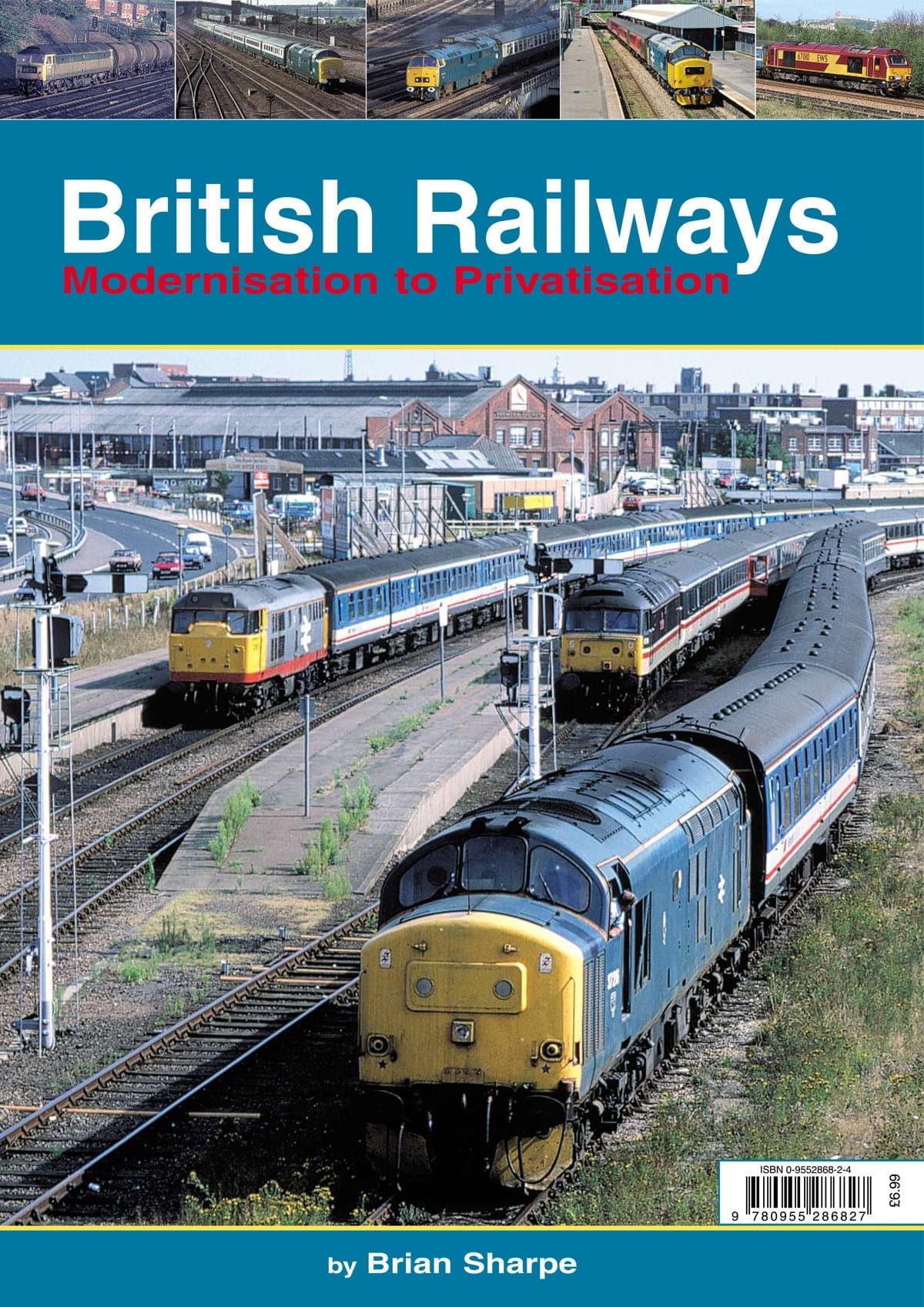 While enthusiasm for the great days of steam shows no sign of waning, those days ended more than 40 years ago, and the era that followed it on Britain’s railways is now all but over as well – the era of the diesel (or electric) hauled train. Just as any SO year period of railway history saw dramatic and far-reaching changes during the steam age, so the last SO years has seen progress that goes far beyond just a change in the principal form of traction.

Today’s privatised railway system is operated almost exclusively by multiple-units on passenger trains and a limited number of classes of modern high-powered diesels for freight traffic. Even the nominally locomotive-hauled (or propelled) trains such as the High-Speed Trains and the East Coast Main Line electrics, highly successful as they are, hold little appeal to the traditional railway enthusiast. The circumstances of privatisation, though, have led to a revival in the fortunes of some of the classes of ‘first-generation’ diesels which had previously all but disappeared.

Two generations of enthusiasts who never experienced the age of steam at first hand have now seen their favourite classes of traction come and go. The changes to Britain’s railways have been profound and ongoing, and it is appropriate to look back at these changes, particularly the motive power scene, and also to look at the achievements of the dedicated band which has saved so many classic types of BR diesel and keep them operational on heritage lines and even on the Network Rail system.

The railway system itself has, of course, changed dramatically, with the modernisation of BR’s traction fleet coinciding with the drastic downsizing of the network under Dr Beeching’s axe. Goods yards and rural stations closed, wagon-load freight traffic dwindled and died, semaphore signaling was replaced by multiple-aspect colour lights, and electrification and station rebuilding totally transformed the appearance of Britain’s railways. Set against a background of Britain’s varied and spectacular scenery, the story is colourful, with the change from steam-age Brunswick green engines with maroon coaches, through the long-lived and all-pervading corporate blue, to sectorisation, then the explosion of colour schemes under privatisation.