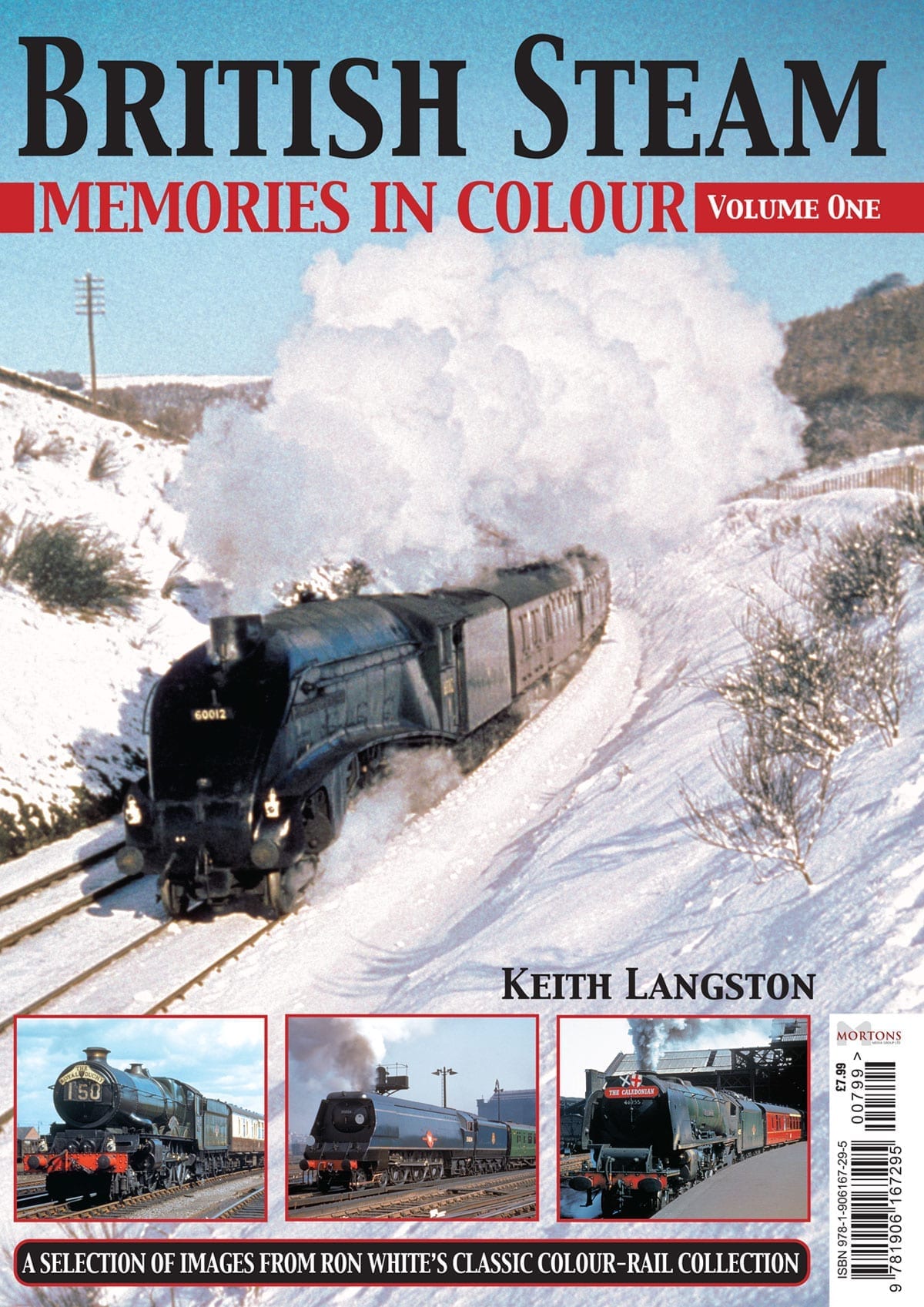 This is a special edition of British Steam which celebrates the majesty of steam locomotives at work within the former British Railways regions between 1948 and 1968, using exclusively colour images selected by Ron White, the former proprietor of Colour-Rail. In late 2009 Ron White decided to retire and accordingly the fantastic collection he diligently assembled has now passed into other hands, but it will very certainly be business as usual for Colour-Rail and the company’s new details can be found on page 131 of this publication. The code numbers at the end of each caption are the catalogue numbers in the 2009 Colour-Rail listings.

Over the past 30-plus years Ron White worked tirelessly to bring together and preserve in safe keeping, and thus make available to all, over 240,000 thousand colour images which now form what must surely be the most comprehensive colour photographic record of Britain’s railways. The Colour-Rail collection contains not only steam but also diesel, electric, narrow gauge, exported British built locomotives, Irish railways, trams and trolley buses. The exceptional collection contains a great many images from the early days when colour film first became generally available, c1934. Ron White is on record for amusingly describing the speed of that early ASA2 film as being ‘only slightly faster than painting with oils!’

Ron White’s obvious and lasting love affair with all things ‘railway’ was the driving force which created the phenomenon which became Colour-Rail, railway enthusiasts and industrial historians have a great deal to thank him for. In those of ‘an age’ the collection helps to refresh wonderful railway memories and in those who are younger it hopefully further encourages a love of railways in general and preserved railways in particular. Each image is effectively a frozen moment in time and as such they represent perfect intersections of time and place.

While compiling this publication preference has been given to the visual aspect and in order to include as many pictures as possible the accompanying text has been kept to a minimum. As those with a discerning eye will appreciate each of these wonderful pictures tells its own railway story. Collectively the two volumes of Memories in Colour are a tribute to the varying styles of the many photographers whose work is depicted, and also by way of a big thank you to Ron White for having had the foresight to protect and catalogue so many historically important railway images.

This volume contains over 190 colour images from the five regions of British Railways (post 1948) depicting steam locomotives at work in all parts of the British Isles.