British Steam – North of the Border 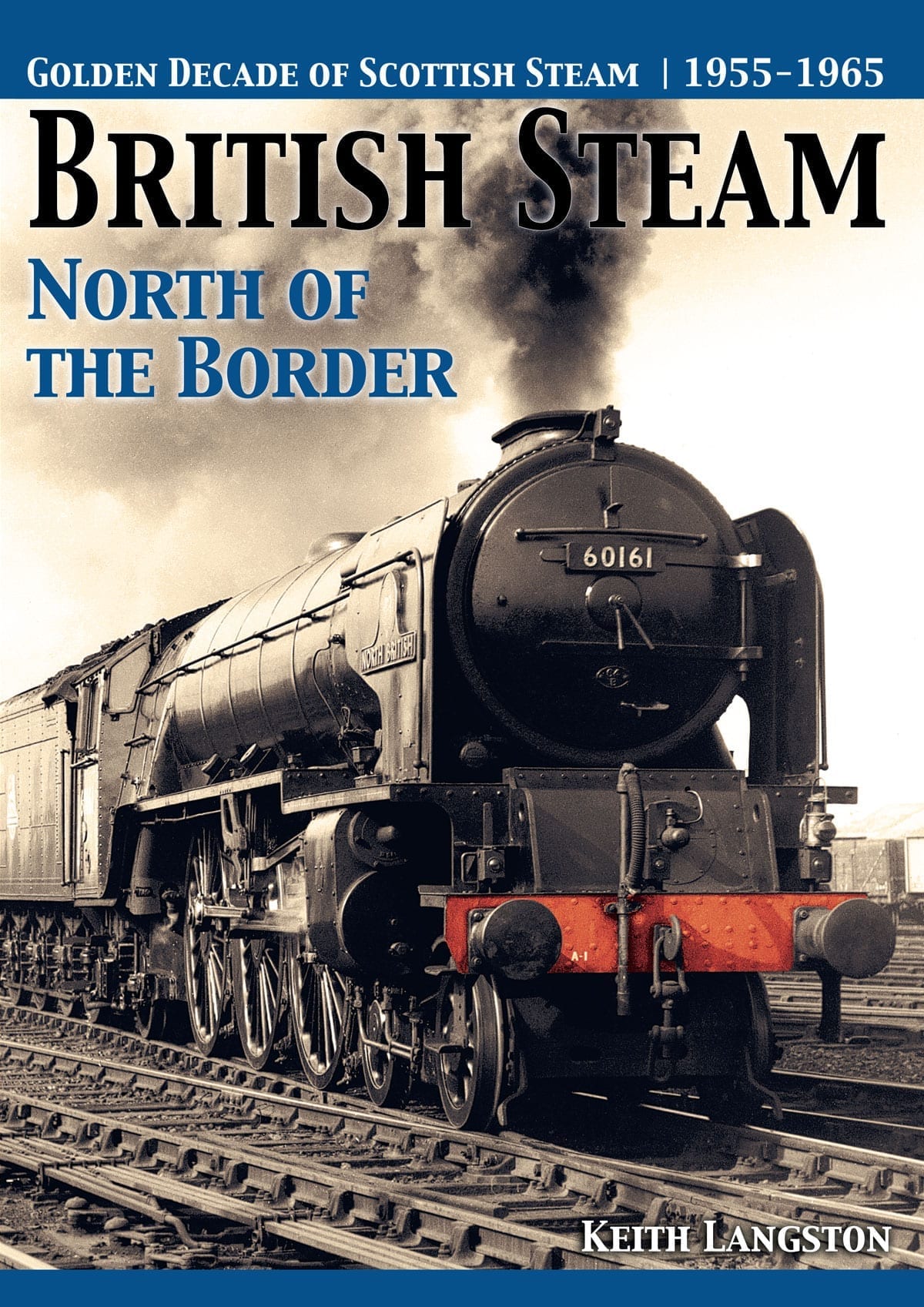 The meticulous attention to detail and photographic prowess of David Anderson is well known by railway enthusiasts nationwide and this superb collection of archive images, all taken long before the digital age, will further enhance his reputation. There are no washed out ‘dodgy focus’ images in this collection only pristine sharp and in many cases unique pictures of Scotland’s steam railways at work.

David travelled extensively throughout his native country during a period of the steam era he describes as the Golden Decade, 1955 to 1965.

No railway stone has been left unturned and accordingly every facet of steam railway operations north of the border is portrayed within this publication. There are some 217 specially chosen David Anderson pictures from the period under review and they have been thoughtfully augmented with a further 30 colour images and distinctive railway illustrations.

No story of Scottish steam would be complete without special reference to the Caledonian and North British Railway locomotives which came into British Railways ownership at the time of nationalisation. To that end the first two chapters of this comprehensive publication are composed of images, and associated details, of every class of steam locomotive originating from those two great companies and which survived beyond 1955. This compilation is not only a stunning collection of images but also a definitive work of reference.

Caledonian Railway, North British Railway and British Railways locomotives are seen in a great many different locations, top link express locomotives, specialist freight engines, mixed traffic types, BR Standards and even the humble ‘Pugs’ come to life again on these pages. The Golden Decade of Scottish Steam 1955-1965 was compiled in 2010 using images with an average of 50 years, enjoy!