Brunel and his Rivals 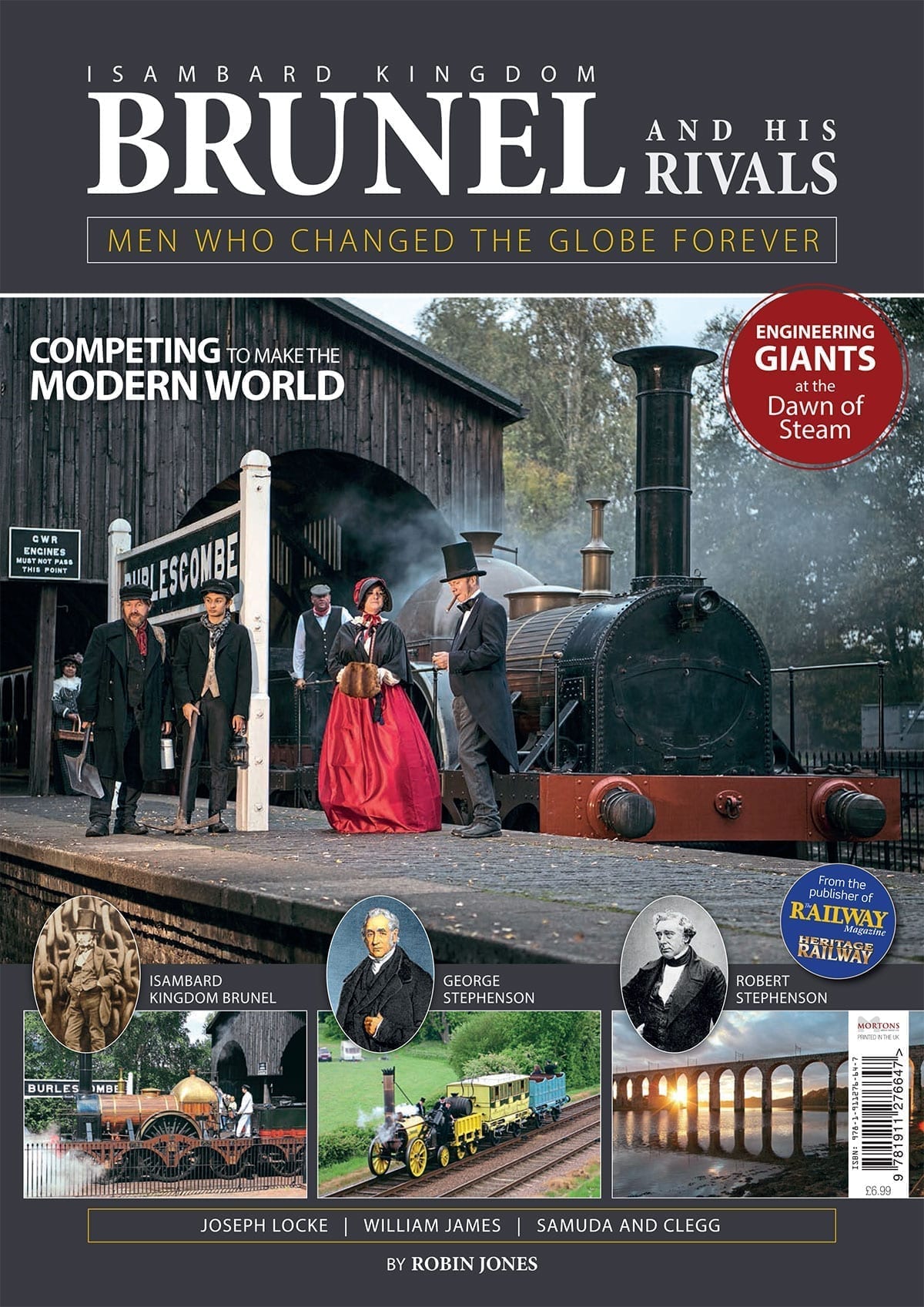 The first half of the 19th century was a momentous and spectacular time in the development of human history, one in which the great inventors who followed in the wake of the Industrial Revolution set about shrinking the world through the development of rapid transport and the steam-powered railway.

The most illustrious figure of them all was Isambard Kingdom Brunel, whose flamboyant bridge, tunnel, railway and ocean liner designs made him the second most popular Briton of all time in a national TV poll, and who still catches the public imagination today.

Brunel was locked in competition with other giants of the early railway age, notably George Stephenson and his son Robert, and George’s estranged protégé Joseph Locke, who built the first of Britain’s great inter-city and trunk railways.

However, Brunel was determined to show he could do better, and there are many including the author who consider his technical designs to have been superior, only to lose out to Stephenson technology which had grabbed a greater share of the market.

The book looks in detail at these great pioneers and how they set the world ablaze, changing it forever.

Brunel also tried to better the steam railway concept almost as soon as it became established, and a separate chapter looks at attempts to replace the conventional railway locomotive from his day up to modern times.

The book also looks at the largely forgotten figure of William James, who started building the first trunk route from Birmingham to London, only to have his deserved accolade of “Father Of the Railways” snatched away by George Stephenson.