Dambusters: The Most Daring Raid in the RAF’s History 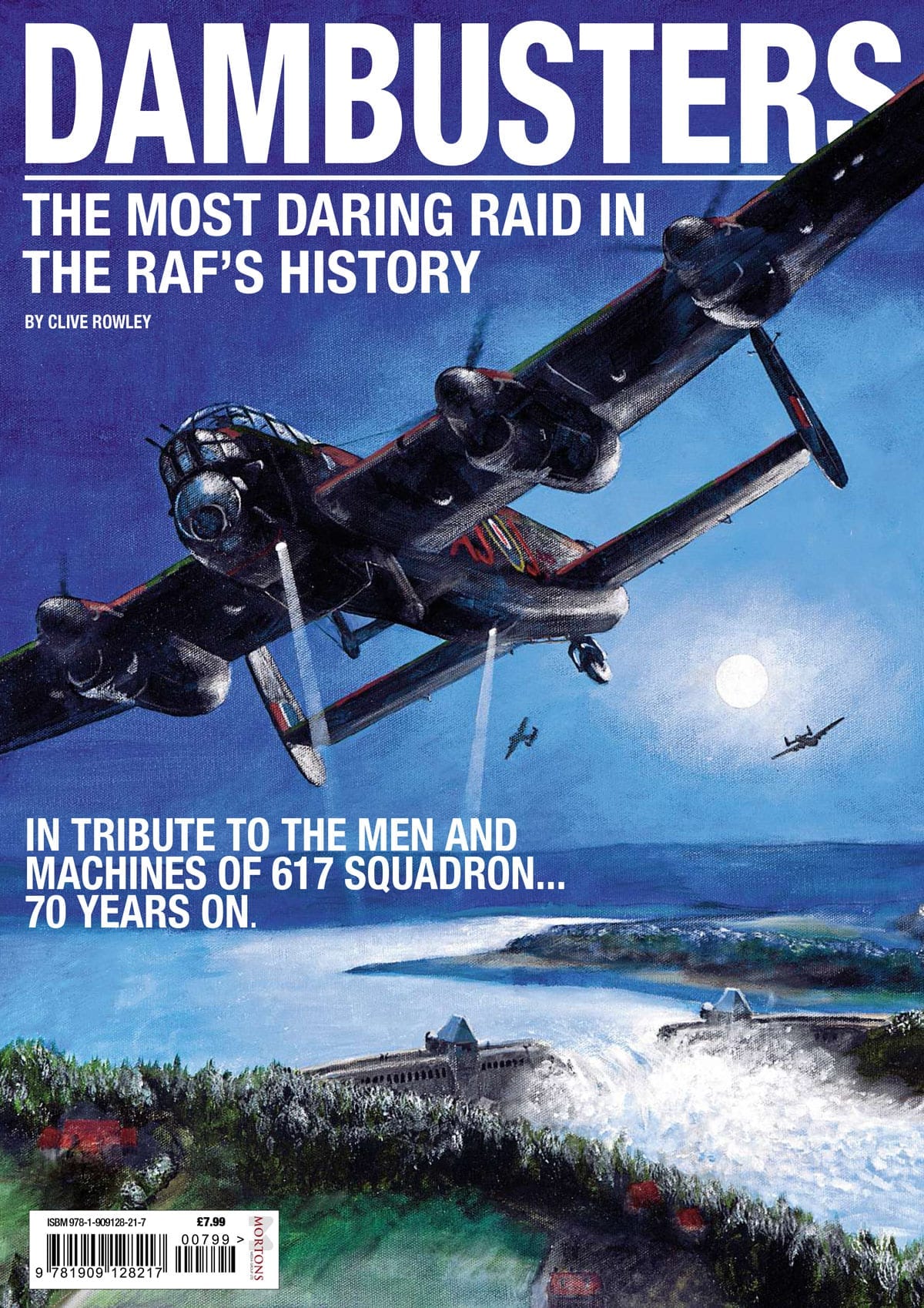 Perhaps the most famous single mission in the RAF’s illustrious history, the Dams Raid, took place 75 years ago in May 1943.

This publication, which includes hundreds of rare photographs and stunning artwork, commemorates the men of No.617 Squadron plus the engineering brilliance of Barnes Wallis and his colleagues at Vickers and Avro.

It’s a story which does not need embellishment, but which famously received the Hollywood treatment; a fabulous tale of ingenuity, daring and raw courage. All military actions are made up of mistakes, myths and a few miracles – the Dams Raid contained them all.

For decades its results and effects have been ‘down-played’ or even condemned by a series of commentators, journalists and academics. Here Clive Rowley sets the record straight, opining that those views denigrate the sacrifice of those involved quite wrongly, especially those 53 who willingly gave their lives in the belief that they were making a difference.