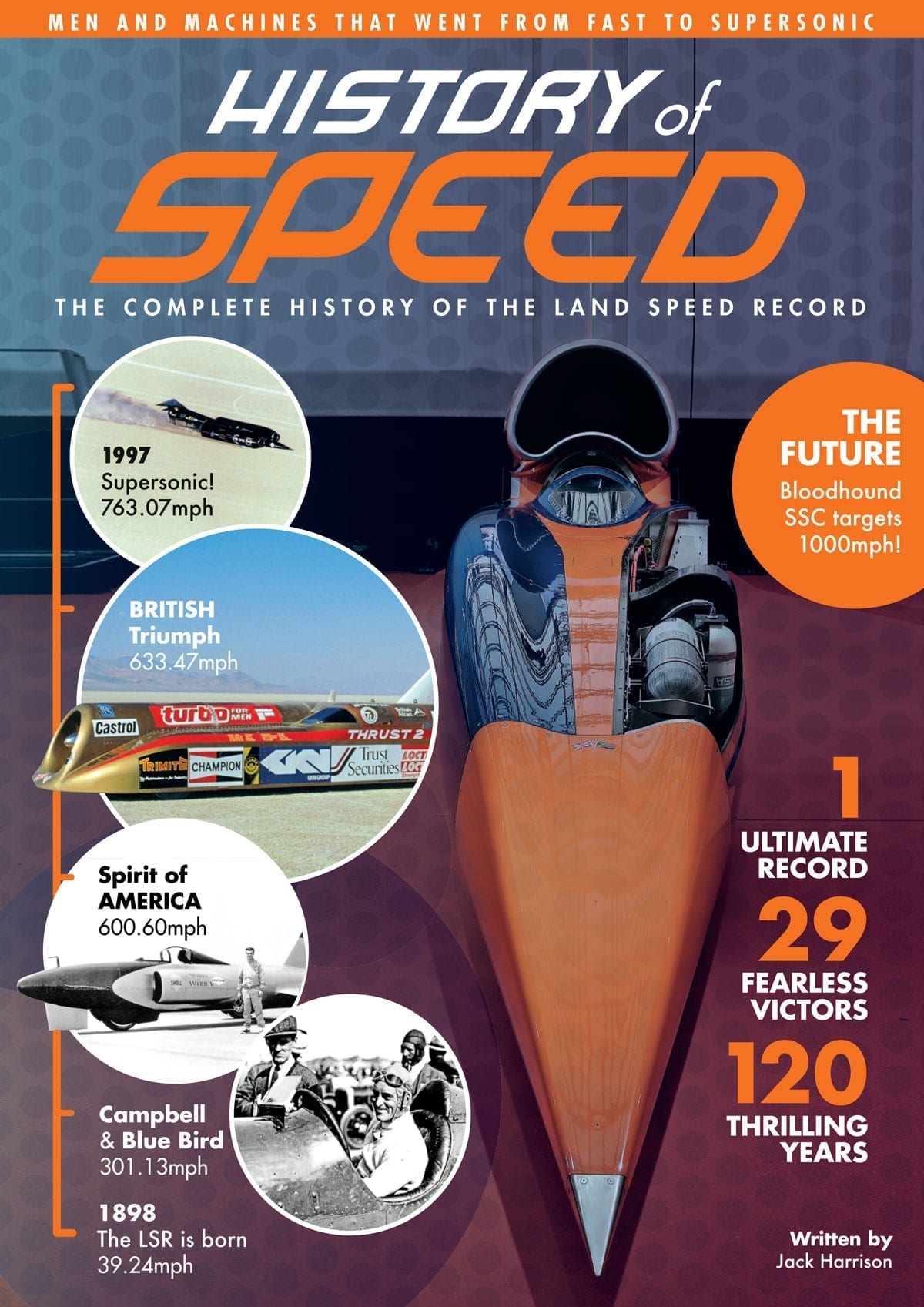 In October 1997, British Royal Air Force pilot Andy Green, in a supersonic car, capped what had been a century-long assault on the land speed record to set a mark of 763.07mph at Black Rock Desert in Nevada. In doing so he became the first driver to go faster than the speed of sound, and reached a target that no man or car has been able to surpass since.

The 20 years that have passed since that day represent the longest time in the history of the fabled record that it’s remained unbroken. After Frenchman Gaston de Chasseloup-Laubat became the first driver declared as the fastest on Earth in 1898 with a speed of 39.24mph, Sir Malcolm Campbell, Sir Henry Segrave, George Eyston, Donald Campbell, Craig Breedlove and Richard Noble were just some of the now-legendary figures who continually raised the bar in the pursuit of speed supremacy. Fuelled by the seismic technological advancement and engineering excellence that dominated the 20th century, this relentless band of fearless individuals became obsessed with going faster, faster and faster still.

This 132-page special volume tells the story of the men whose names will be forever etched in the annals of history as land speed record holders, and uses a wealth of rare images to uncover how they each achieved immortality. The edition also examines the ground-breaking vehicles which proved capable of reaching speeds previously deemed to be unachievable, and goes on to explore the likelihood of the 21st century producing the first 1000mph car.