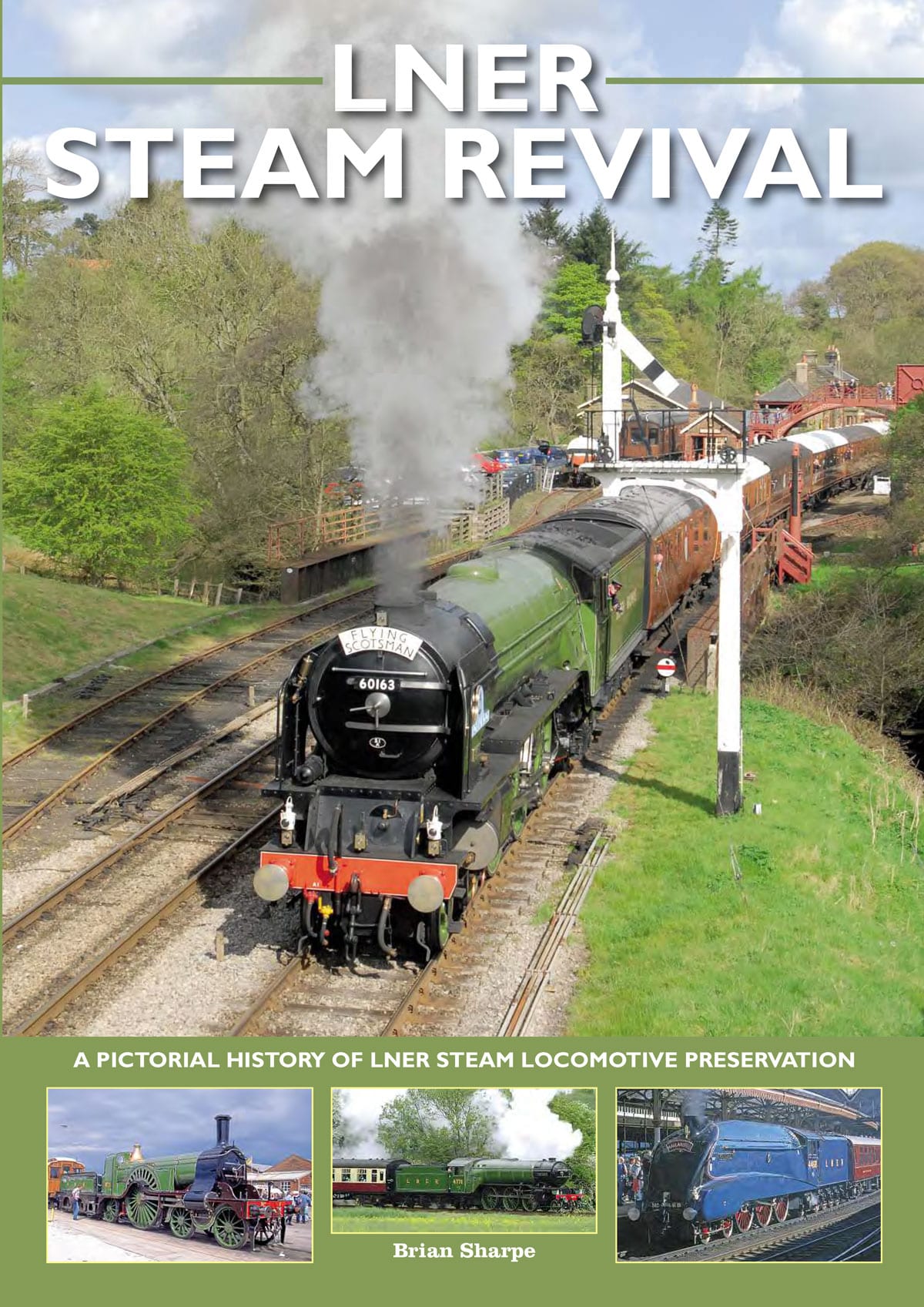 The London & North Eastern Railway was famous for its apple green engines, teak coaches, the ‘Flying Scotsman’ and streamlined A4 Pacifics, but also the quaint rural byways through which many of its services passed. The newly-formed railway company inherited some iconic railway infrastructure, but also some quite ancient motive power and rolling stock.

LNER engines have continued to outshine their competitors, with the accent more on quality than quantity. Being directly descended from the Stockton & Darlington Railway, the LNER inherited a concern for its heritage, opened Britain’s first railway museum and operated the first preserved engine to haul a main line passenger train.

This 132 page full colour publication – the second in a steam revival series from Heritage Railway magazine deputy editor Brian Sharpe – tells the story of each of the 52 one-time LNER or LNER-designed steam locomotives which have survived in preservation, 35 of which have steamed since 1948.