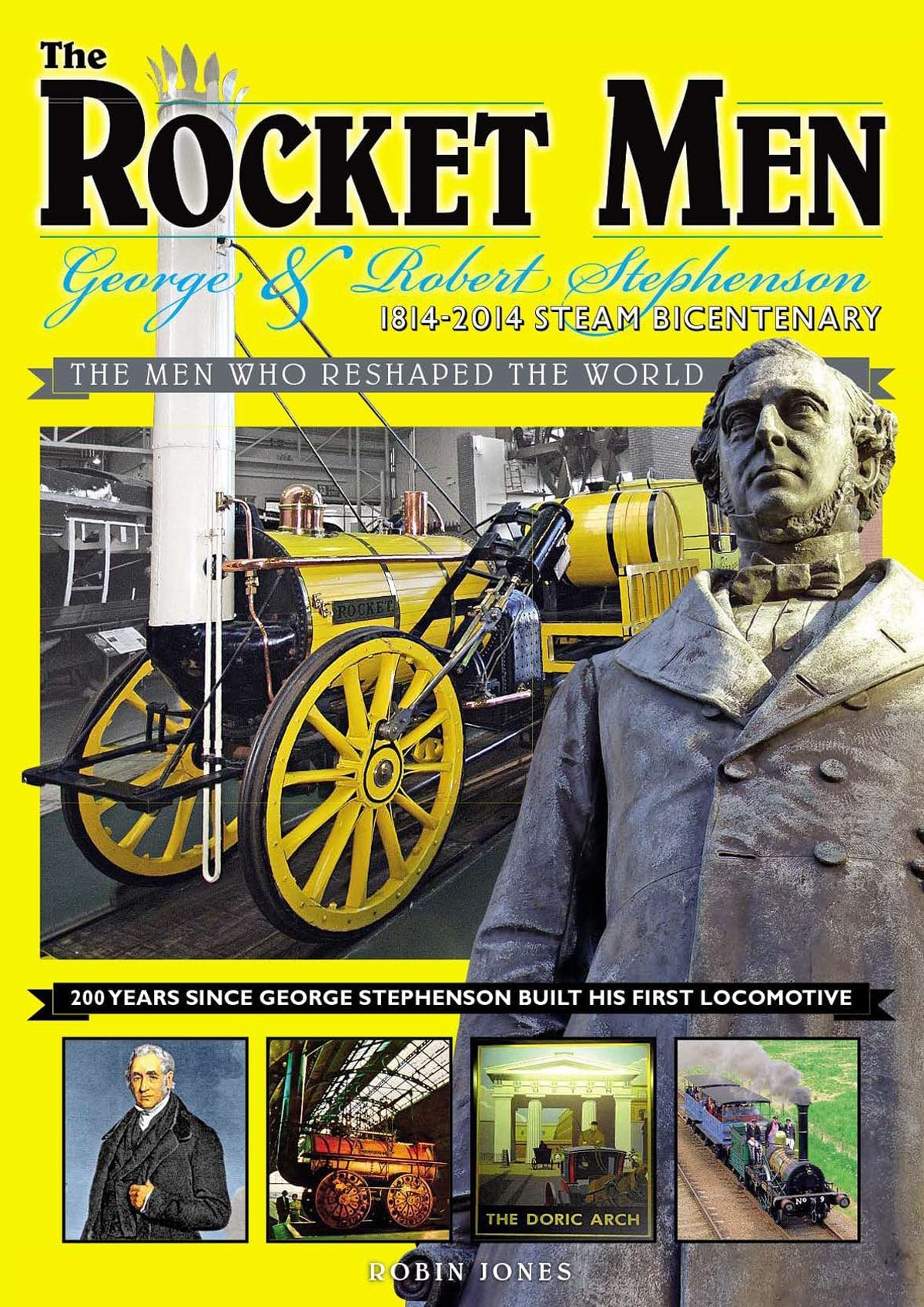 The year 2014 marks a special bicentenary in the history of the world. It was on July 25, 1814, that the 33-year-old onetime illiterate son of a colliery hand built his first steam locomotive.

Named Blücher after Prussian general Gebhard Leberecht von Blücher, who was hailed in Britain as a hero for his role in the Napoleonic Wars, it was a clumsy affair that in itself did not exactly set the world alight, and soon afterwards was cannibalised of parts by its inventor so he could use them to build an improved design.

The inventor was George Stephenson, who would go on to produce better and better locomotives, including, 15 years later, Rocket – the forerunner of the modern steam railway engine, and which finally convinced railway promoters that locomotives were their future, not horse traction or cable-winding systems.

Rocket paved the way for the Liverpool & Manchester Railway’s phenomenal overnight success with the world’s first inter-city line, paving the way for a network of trunk railways, as Britain’s new transport technology became the envy and aspiration of the globe.

George Stephenson was literally the man of the moment, who appeared in history at the right place and the right time, yet without the right qualifications or social background.

He did not invent the steam railway locomotive, the first public demonstration of which was given by Cornish mining engineer Richard Trevithick a decade before Blücher rumbled along its primitive track for the first time.

However, he came from nowhere to hone the early steam locomotive technology to as near perfection as possible, and ushered in the modern age.

To a modern audience, George Stephenson’s locomotives look like antiques, and indeed they are. However, two centuries on, he can so easily be viewed as a man of the modern age.

Back in the 1980s, when the term was popularly coined, he might have been described as a ‘yuppie’ – a young upwardly mobile professional.

Born into a very much working class family with no academic abilities or education attainment, one which like many of the day lived in cramped and basic conditions, he knew as a boy he could do better for himself.

His family could not afford fees to send him to school, but as soon as young George started work, he paid for evening classes out of his meagre wages, and learned to read and write.

Without that attitude, he would have remained in obscurity, probably stoking coal in a colliery boiler or operating the winding mechanism on a pit shaft, and nobody outside his immediate home village would have heard any more of him.

However, the best education that he could afford, combined with a positive attitude towards life, unlocked a colossal potential that nobody realised was there.

Even before Blücher ran, George was determined that his son Robert would have a better start in life than he did, and so paid for him to be schooled.

Robert would later attend Edinburgh University, and with the benefit of the intellectual training that he received, surpassed even his father’s great exploits.

Indeed, there are many who now say that Rocket was more Robert than George, and he continued to evolve the steam locomotive design while building monumental trunk railways and magnificent state-of-the-art bridges not only throughout Britain but also in several countries overseas.

The locomotive building company that the father and son founded in Newcastle, Robert Stephenson & Co, quickly became a byword for engineering excellence, and it continued to build steam locomotives until the end of the 1950s.

We can easily draw parallels between the dawn of the railway age and that of the computer era.

Microsoft and Bill Gates did not invent computer technology nor the internet, neither were they the first to produce programmes for the mass market. The predecessor of what became Windows was designed by computer scientist Chase Bishop in September 1981, but Microsoft did not release the very basic Windows 1.0 until four years later. It was not until Windows 3.0 was released in 1990 that Windows really began to take off in terms of commercial success.

The world has never looked back.

George Stephenson was on the threshold of what was, in terms of the expected lifespan of two centuries ago, middle age when he produced his first locomotive. At the time, self-propelled steam vehicles were still considered novelties which were impractical and expensive to operate, if only in terms of coal consumption. Few people had seen one in action.

Yet the railway network that mushroomed in the wake of his ground-breaking achievements became nothing less than the internet of the 19th century. For the Windows of today, read Rocket.

For the first time, many ordinary people were able to travel outside their immediate home communities, opening up multiple job and later leisure opportunities, while leading to advances in social conditions. Railways provided a means of rapid communication, the like of which the world had never seen before. News from the capital could be disseminated throughout the provinces with a few hours, not several days later if at all.

Railways standardised time, which before their coming was very much a haphazard locomotive affair: as stations opened, towns and villages were able to use the train guard’s stopwatch to calibrate their time with that of London.

Steam locomotives eventually led to the development of other forms of rail and then road traction, including the motor car. In turn, the internal combustion engine made flight and then space flight possible.

When the Stephensons died, the world was very much different to the one into which they had been born, and so much of the great change was their doing.

We have every cause to celebrate the 2014 bicentenary of their first steam engine.