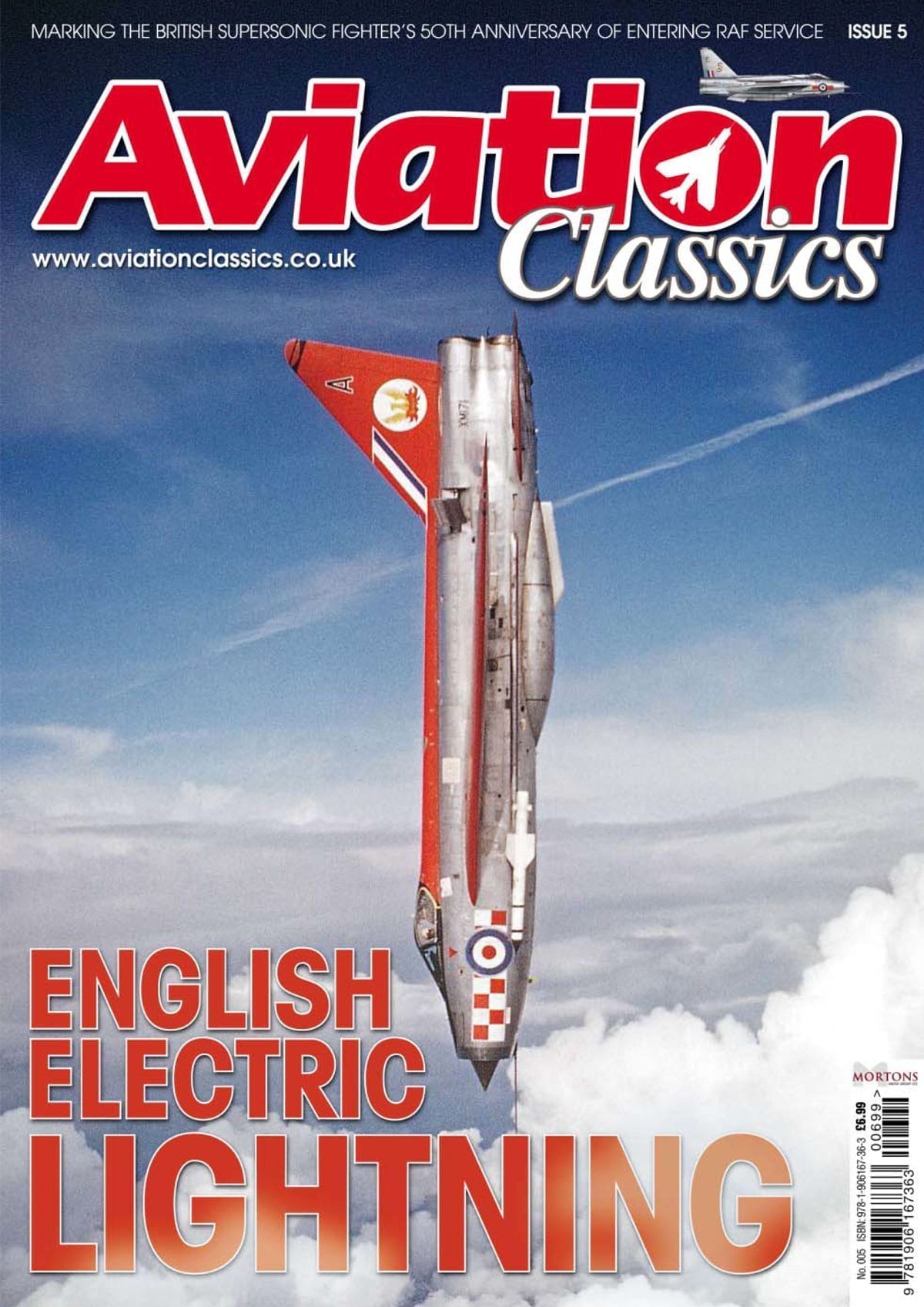 An Introduction from the Editor

It was a balmy autumnal morning at RAF Swinderby in Lincolnshire on 17 October 1984. That was the date of my passing out parade from basic recruit training in the Royal Air Force, and while we were promised the customary flypast, you weren’t told what aircraft it would be carried out by. I was hoping for something ‘tasty’.

After the reviewing officer had arrived and taken up his position on the dais, we were ordered to present arms for the General Salute. As I positioned my rifle and its shiny bayonet right in front of me, I heard a great roar and caught sight of two Lightnings flashing overhead – what a welcome into the RAF!

And so it would seem to be that, while I never served on a Lightning unit, all the times that I came into contact with the superb jet fighter would be memorable.

My next encounter was after a long shift, when a search and rescue operation at RAF St Mawgan in Cornwall had kept us busy until late as a 42 Squadron Nimrod had been extensively involved. As I left the operations building the sun was just setting and there was a summery golden glow in the sky. I had noticed the arrival of a Lightning at the base earlier that day, and its departure fortuitously coincided with my leaving work. The sight of its two afterburners glowing as they powered the jet up into that golden sky is still vivid in my memory.

Then, in early 1988 while I was part of the RAF Germany Harrier Force at Gütersloh, we were paid a visit by four Lightning F6s from 11 Squadron which were to carry out Dissimilar Air Combat Training with our Harrier GR3s. This was quite an occasion, as it was the last time the jets would visit this former Lightning base, and their imminent departure had been much talked about. Two by-two the F6s lit the pipes, set off down the runway, then went vertical for a trademark Lightning ‘rote’. Even to those who worked with fast jets on a daily basis and were consequently almost blasé about being in such an environment, this was a breathtaking sight. But with it there was a feeling of sadness, as yet another era of RAF operations was coming to a close.

Little could I know at the time that over 20 years later one of the pilots on that detachment would be writing for me! In fact, I am fortunate to have been offered the writings of several former Lightning pilots for this issue of Aviation Classics, which has added to the variety of content tremendously. For example, Sqn Ldr Clive Rowley highlights the little-known operations of the F2As in West Germany, Wg Cdr John Ward gives a fascinating insight into the Lightning’s weapons system, while Ian Black charts the type’s last year in RAF service. There is also a rare treat from Gp Capt David Seward, who tells of the 1963 ‘Firebirds’ aerobatic team. For those of us who enjoy watching the Red Arrows, just imagine a diamond-nine of Lightnings carrying out a loop!

What I hope is that the result marks the type’s 50th anniversary of entering RAF squadron service in a fitting manner. At the time of going to press this occasion was soon to be commemorated by a special open day at the Lightning Preservation Group’s Bruntingthorpe home, which was to also formally open the recently-completed Q-shed. This now houses the organisation’s two F6s as a fitting tribute to those who stood at constant readiness to defend our country during one of the most tense periods of history.