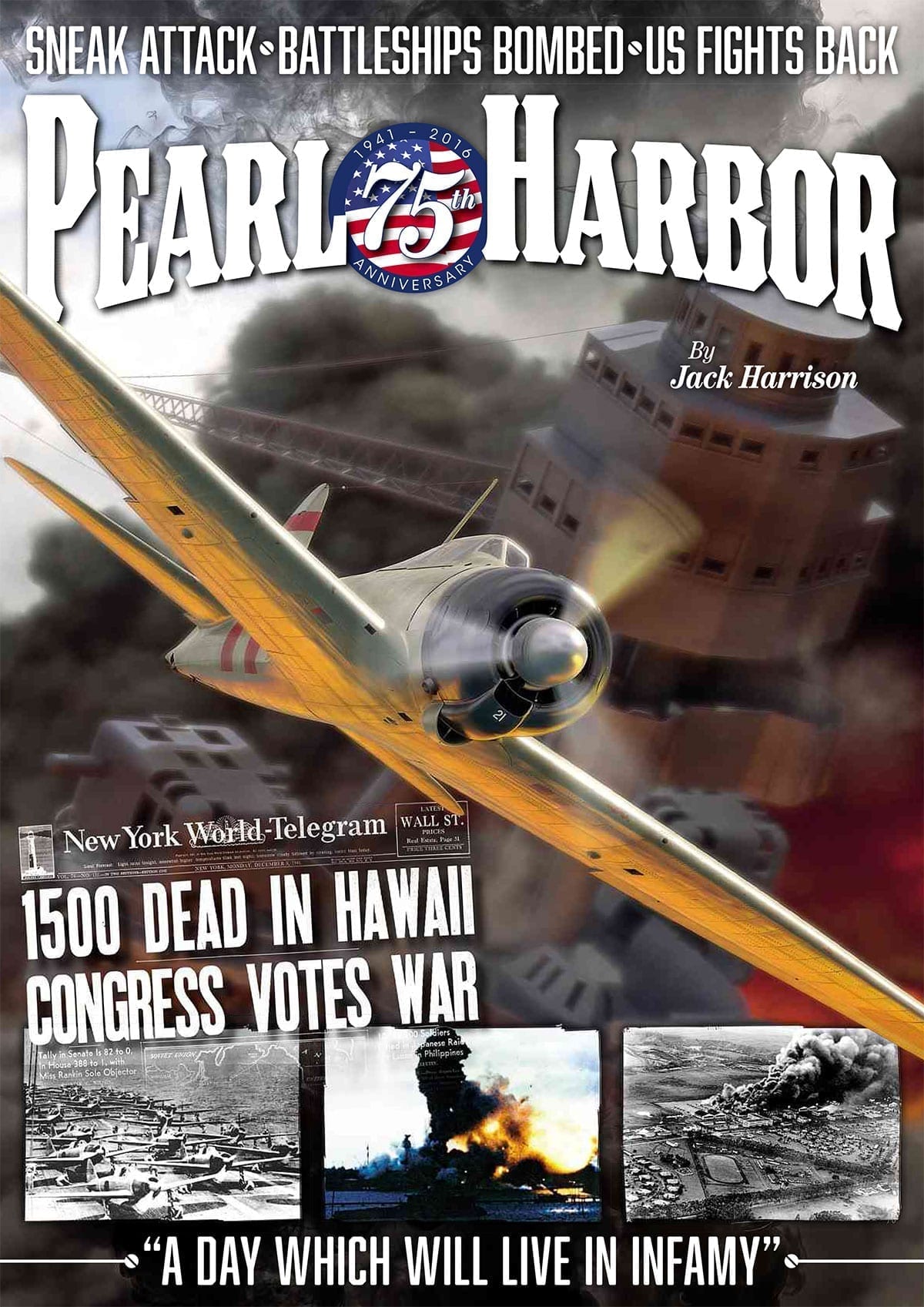 On December 7, 1941, the Imperial Japanese Navy launched a devastating surprise attack on the US naval base in Pearl Harbor, Hawaii, leaving 2403 Americans dead and more than 1000 wounded. Five ships and 188 aircraft were destroyed. The offensive stunned a nation that had – to this point – avoided being dragged into the Second World War.

Within days, America had declared war on Japan and entered what was now a truly global conflict. More than a century of isolationism had been swept aside and the US was propelled into a conflict that would ultimately result in it becoming the international superpower and ‘policeman of the world’ that we know today.

Released to coincide with the 75th anniversary of the attack, this 132-page volume looks in detail at how the events of December 7, 1941, unfolded at Pearl Harbor, the military forces involved from both sides and the key people who played a part. The story is told through hundreds of rarely seen photographs and combines eyewitness accounts with in-depth analysis of this critical turning point that changed world history forever.