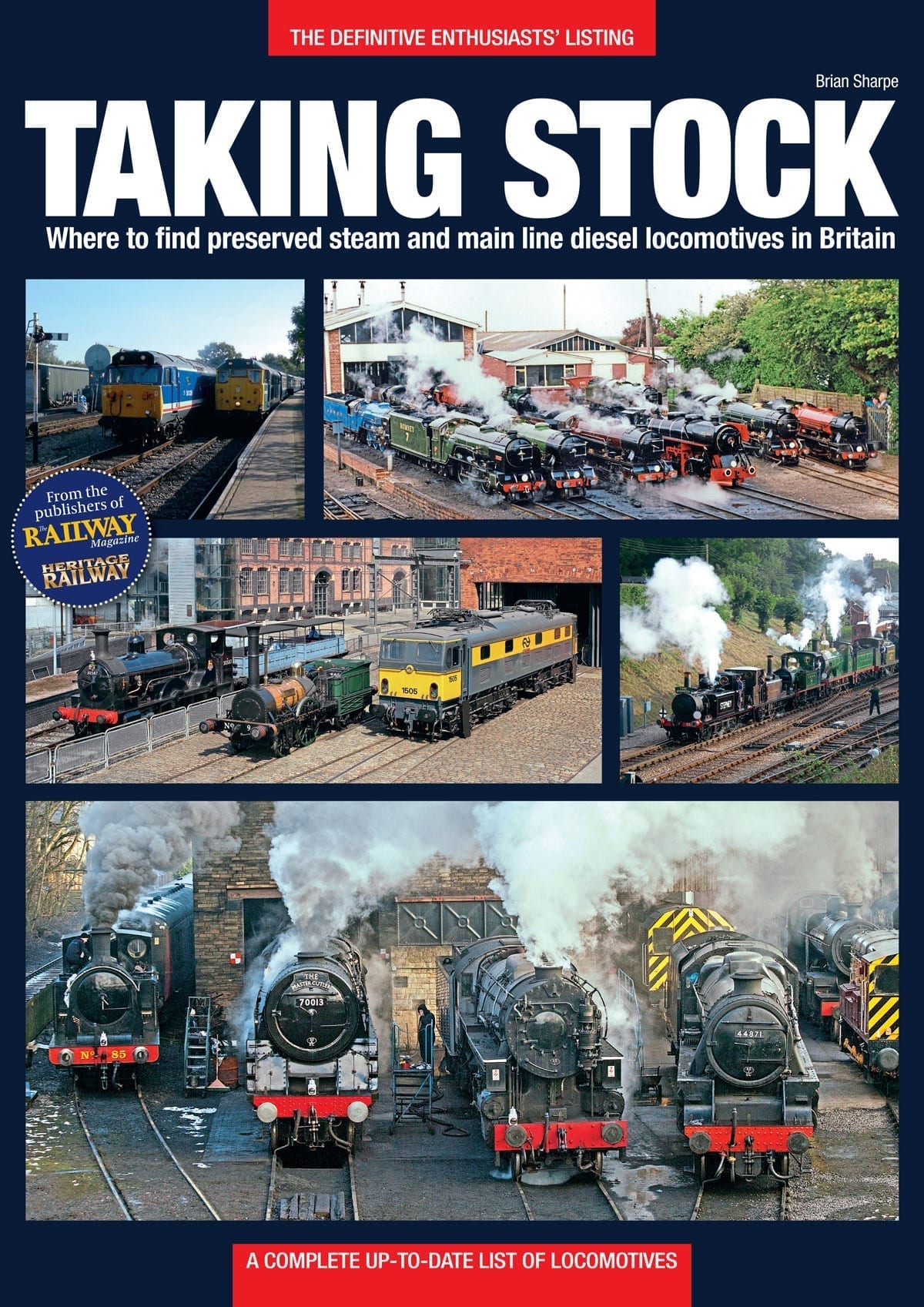 When it was reopened by volunteer railway enthusiasts in 1951, the narrow gauge Talyllyn Railway in Wales became the world’s first passenger-carrying preserved steam railway run by volunteers. This was quickly followed by the even more ambitious revival of the Ffestiniog Railway in 1955, opening the floodgates for the revival of many of the old narrow gauge systems which once flourished in North Wales.

Standard gauge steam preservation was an altogether different matter but the first standard gauge preserved steam railway to start regular passenger services in Britain was the Bluebell Railway in 1960 with a couple of tank engines and a couple of coaches on five miles of track in Sussex. The historic Middleton Railway in Leeds actually ran a passenger train just before the Bluebell but not initially on a regular timetabled basis.

Britain’s heritage railways now have an almost infinite variety of locomotives and the list is constantly changing. This book aims to list and illustrate the variety of locomotives which can be seen, with an indication of their current status. Britain’s heritage railways are divided into standard gauge and narrow gauge.  The latter are listed separately and lines which run only petrol or diesel locomotives, often steam-outline, are not generally included, although a few are illustrated.

The locations are arranged alphabetically, by area but broken down into standard gauge and narrow gauge, with major lines and centres first plus a list of sites with individual engines on display.

Industrial diesel locomotives are not listed in this in view of the large numbers of them. Railcars, diesel and electric multiple units are also excluded, although some industrial diesels and multiple-units are mentioned or illustrated.