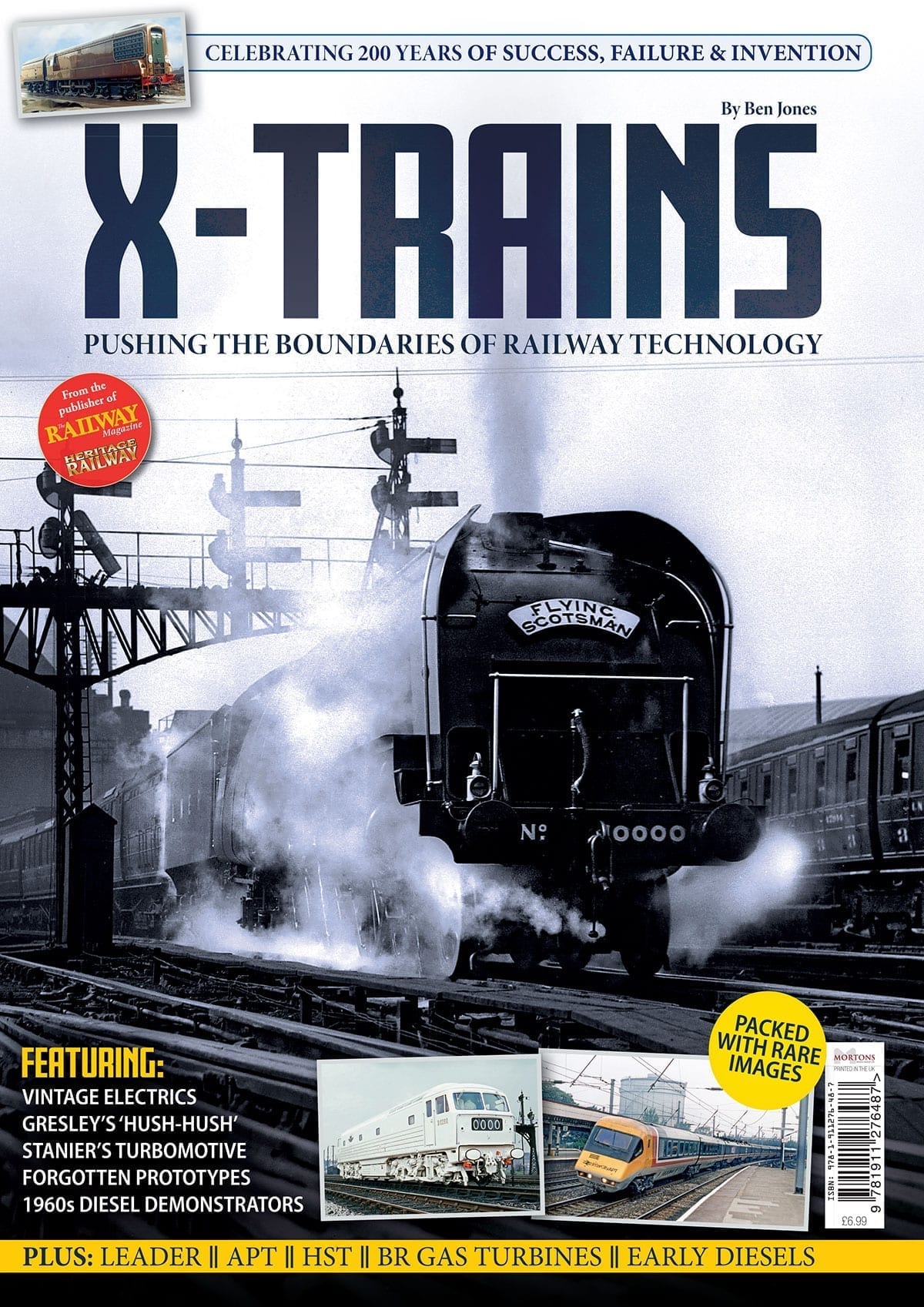 Welcome to the weird and wonderful world of experimental trains…

The Olympic motto ‘Faster, Higher, Stronger’ could just as easily be applied to the development of railways over the last two centuries. What follows is the story (so far) of our constant search for machines that will run faster, carry more people or freight more efficiently and reach places denied to existing technology.

Many of these machines were initially top-secret projects, hidden from sight to prevent rival nations or competitors from stealing the advantage, while others were famously high-profile, both in success and failure.

Some have gone on to change the way we travel and move goods, others proved to be technological dead-ends, while some continue to be under development after several decades, waiting for technology and materials to catch up with the idea.

From high-pressure steam to magnetic levitation via rocket-propelled railcars and atomic locomotives, there’s never been a shortage of creative engineers and inventors looking to change the world with new concepts. That’s what makes this subject so fascinating – whether those ideas were utterly practical or verging on the insane, there have almost always been people willing to back them and develop prototypes to test the concept.

Of course, in the beginning, all locomotives were experimental but the legendary Rainhill Trials of 1829 proved the superiority of Stephenson’s design. Well before the end of the century, electricity was showing that more efficient forms of propulsion were possible, and the advent of the internal combustion engine changed the world from the 1920s onwards.

In recent decades, the emphasis has been on achieving higher and higher speeds, with some predicting that steel wheels on steel rails have reached their limit. Concepts such as MAGLEV and, more recently, Hyperloop promise incredible speeds but have yet to deliver in the real world. Who knows what might come next? What we do know is that the human race will continue to try and go faster, move greater tonnages of freight and move around more efficiently, and that railways are likely to play a major part in that for the foreseeable future.