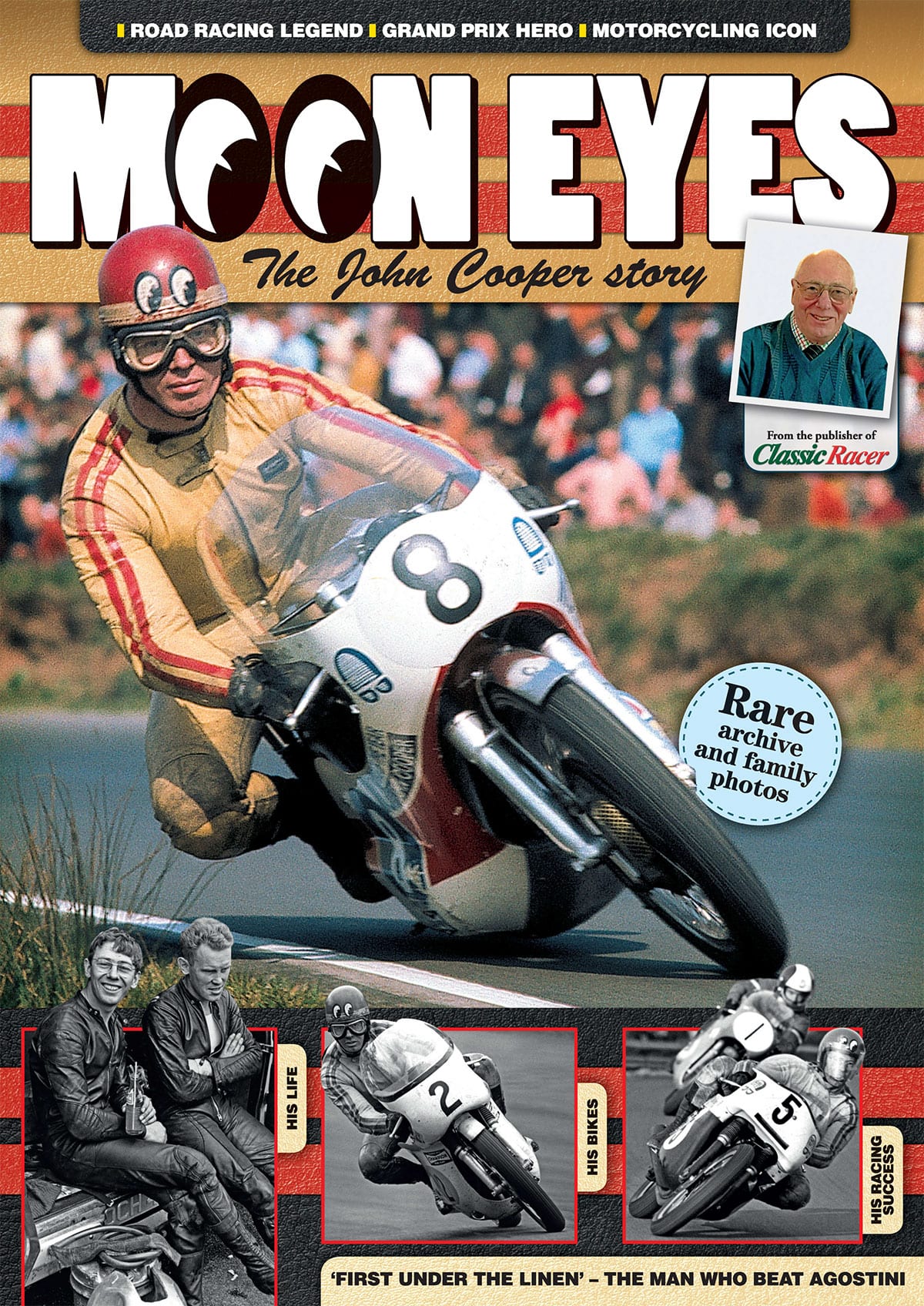 Motorcycle racer John ‘Moon Eyes’ Cooper found fame and success during the golden age of road racing in the late 1960s and early 1970s. From his youthful beginnings in the Derby Phoenix Motorcycle Club, he pursued his dream of two-wheeled triumph, attending events at circuits up and down the country.

John graduated to grand prix racing and riding in the Isle of Man TT – recording his greatest moment in 1971 when he beat Giacomo Agostini in the Race of the Year at Mallory Park, watched by thousands of fans cheering him to victory.

Moon Eyes tells the remarkable story of this down-to-earth racing legend in his own words, and is packed with images that evoke the heady days of British road racing and its heroes, including Mike Hailwood, Phil Read, Bill Ivy and Barry Sheene.