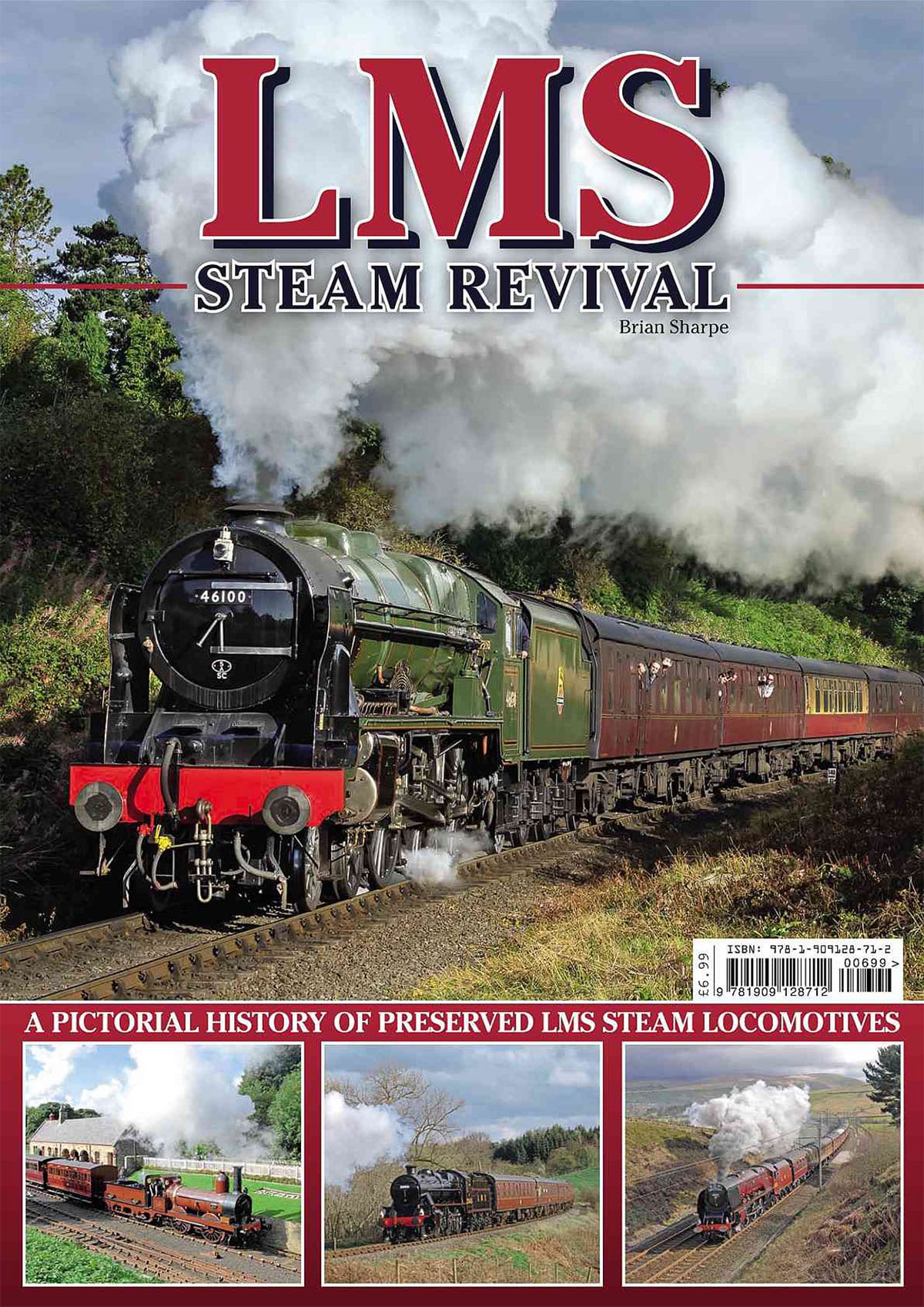 The London Midland and Scottish Railway was the largest of the Big Four companies formed by the Grouping of Britain’s independent railway companies in 1923. It could trace its ancestry back to Stephenson’s Rocket’s success at Rainhill, leading to the construction of the world’s first inter city railway from Liverpool to Manchester in 1830.

Impressive maroon engines doing battle with the wild terrain and fearsome gradients of Shap and Ais Gill, Beattock, Drumochter and Slochd and the steepest of them all the Lickey incline, are what the LMS is remembered for. Much of this atmosphere was carried through into BR steam days and remarkably is recaptured regularly by the heritage steam movement today, and we are lucky that such a variety of LMS steam power has survived to see use in the preservation era.

116 steam engines of LMS or its constituent’s designs are still in existence today, no less than 79 of which have been steamed in preservation. This book tells the story of all those engines, ranging from Stephenson’s Rocket to Duchess of Sutherland.