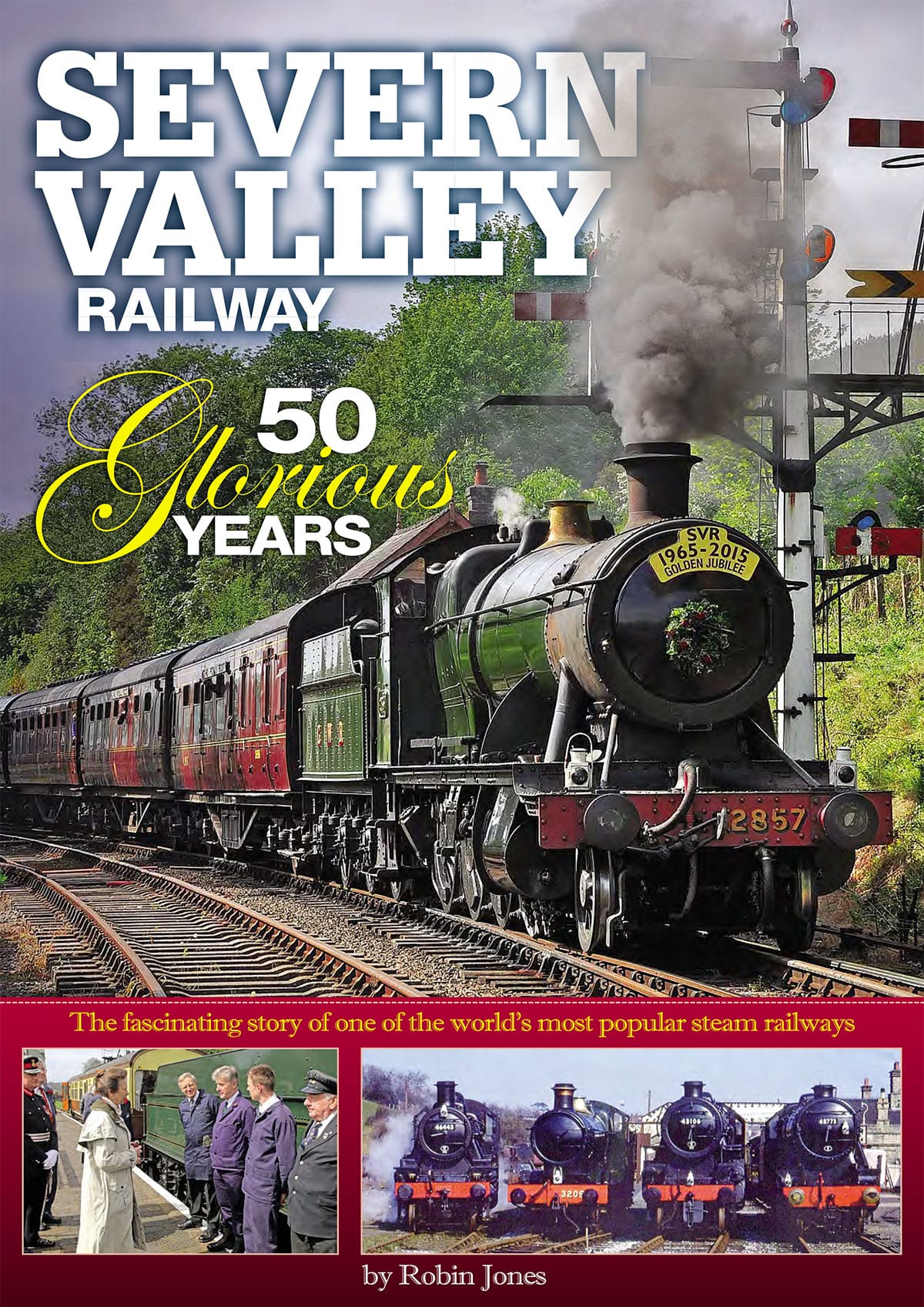 Carrying around 250,000 passengers a year, Severn Valley is one of the world’s most popular steam railways. Born from the conversations of a group of railway enthusiasts at Kidderminster’s Coopers Arms in 1965, this year marks the 50th anniversary of a true ‘back-of-a-beermat’ British success. Aiming to emulate the example of Bluebell Railway in Sussex, a derelict West Midlands line was chosen to run classic steam locomotives and five years later, the first public trains were running out of Bridgnorth.

This publication documents that period in history, as well as bringing the story through to the impressive present-day organisation and outlining the development of the original 40-mile line which was closed by Dr Beeching nearly 100 years after it had opened in 1862.

From Heritage Railway editor Robin Jones, 132 glossy pages are complete with in-depth features, inside accounts and stunning pictures from some of Britain’s top railway photographers.