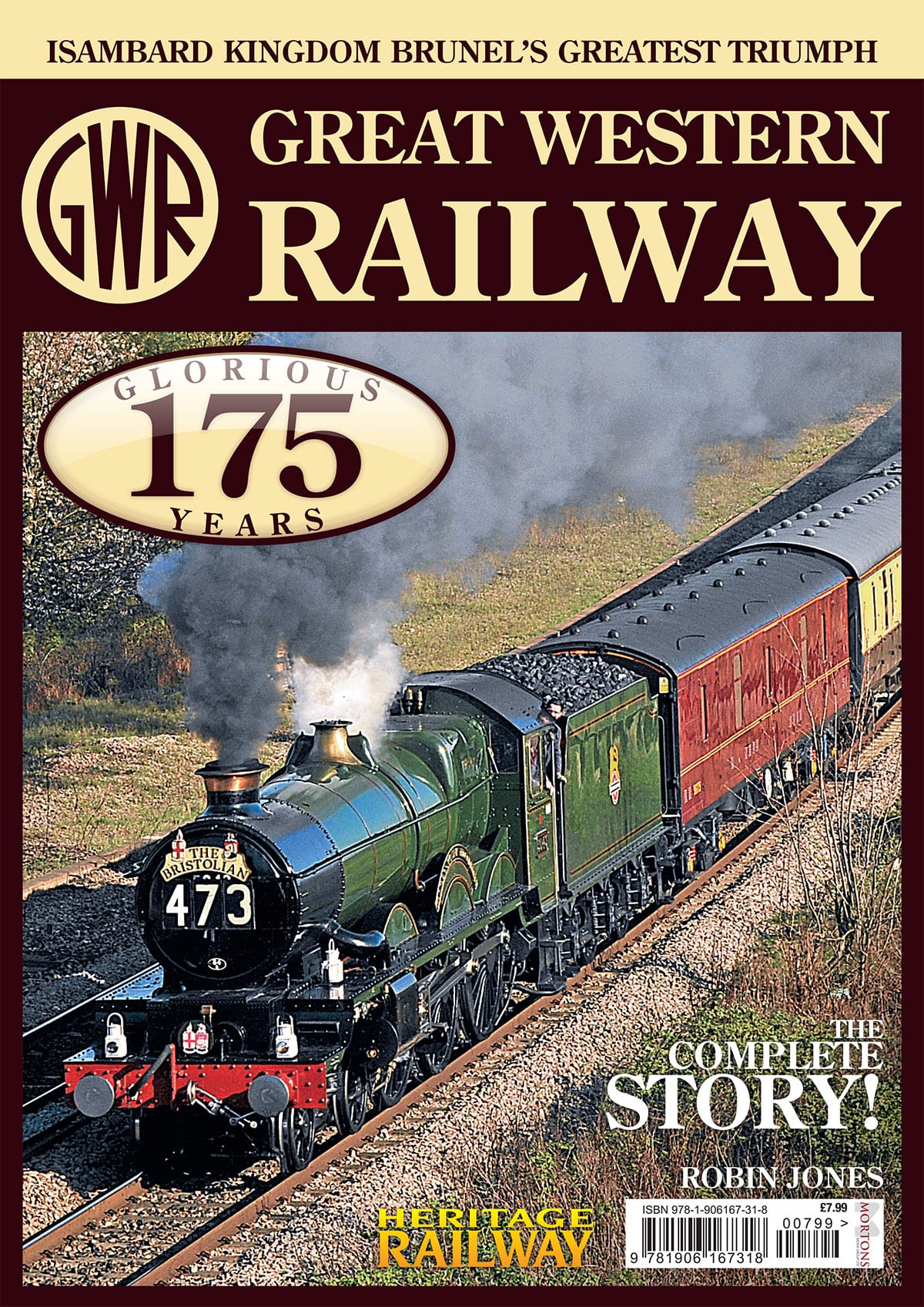 There are many who state that the Great Western Railway came to an abrupt end on 1 January 1948, when the Labour government nationalised Britain’s railways. Don’t believe a word of it.

No, I’m not going to try to sound clever by telling you that the Great Western Railway company was not formally wound up until 23 December 1949, although that fact is in our unique GWR timechart which runs throughout this volume.

Never mind the paperwork and the legal document, for the Great Western Railway has never come to an end!

This year, many preservation venues are celebrating GWR 175 – the 175th anniversary of the company and its engineer Isambard Kingdom Brunel being given the powers to build a steam-powered railway from London Paddington to Bristol Temple Meads.

Just as Brunel’s magnificent and world-beating 7ft O¼in broad gauge system and its wonderful express locomotives with the monstrous driving wheels and oversize copper steam domes had to give way to 4ft 8½in in the cause of standardisation, so the glorious steam age of Stars, Castles and Kings moved aside fur dieselisation.