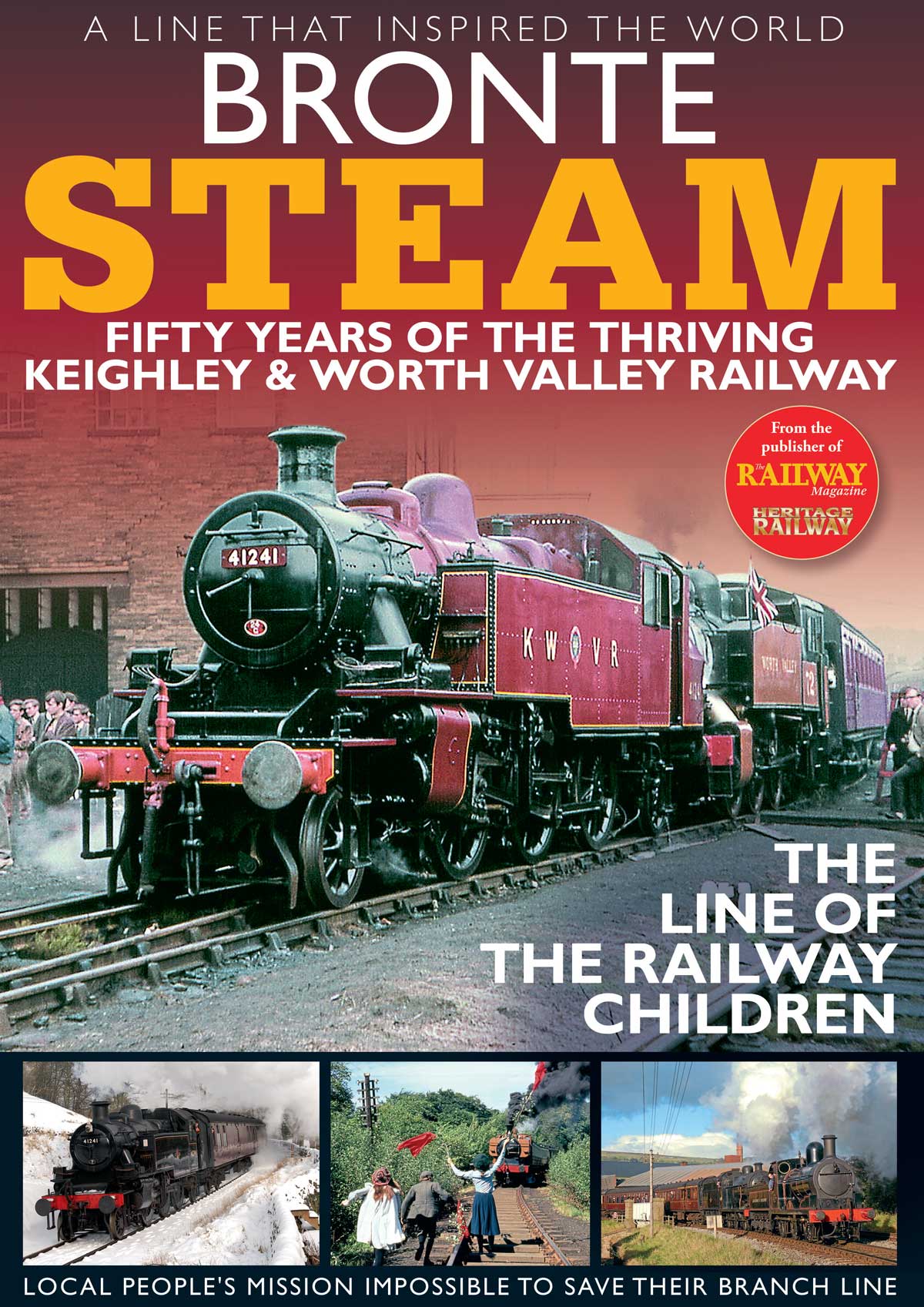 Published to mark the 50th anniversary of the opening of the Keighley & Worth Valley Railway, this is the story of local people who achieved an impossible dream – by taking over their closed branch line and turning it into a tourist attraction with worldwide appeal.

While the locality is famous for the Bronte sisters and the setting for their novels including Wuthering Heights, the line is internationally famous as the place where The Railway Children, one of the most popular children’s films of all time, was filmed half a century ago, and continues to delight and inspire audiences today.

This bookazine also outlines the colossal impact that this branch line, which closed even before the Beeching cuts, has had on the railway preservation sector, helping to make it a key part of the UK tourist industry.

It looks in detail at the branch’s history and the heritage line’s impressive locomotive fleet, plus star-studded visitors including Flying Scotsman.