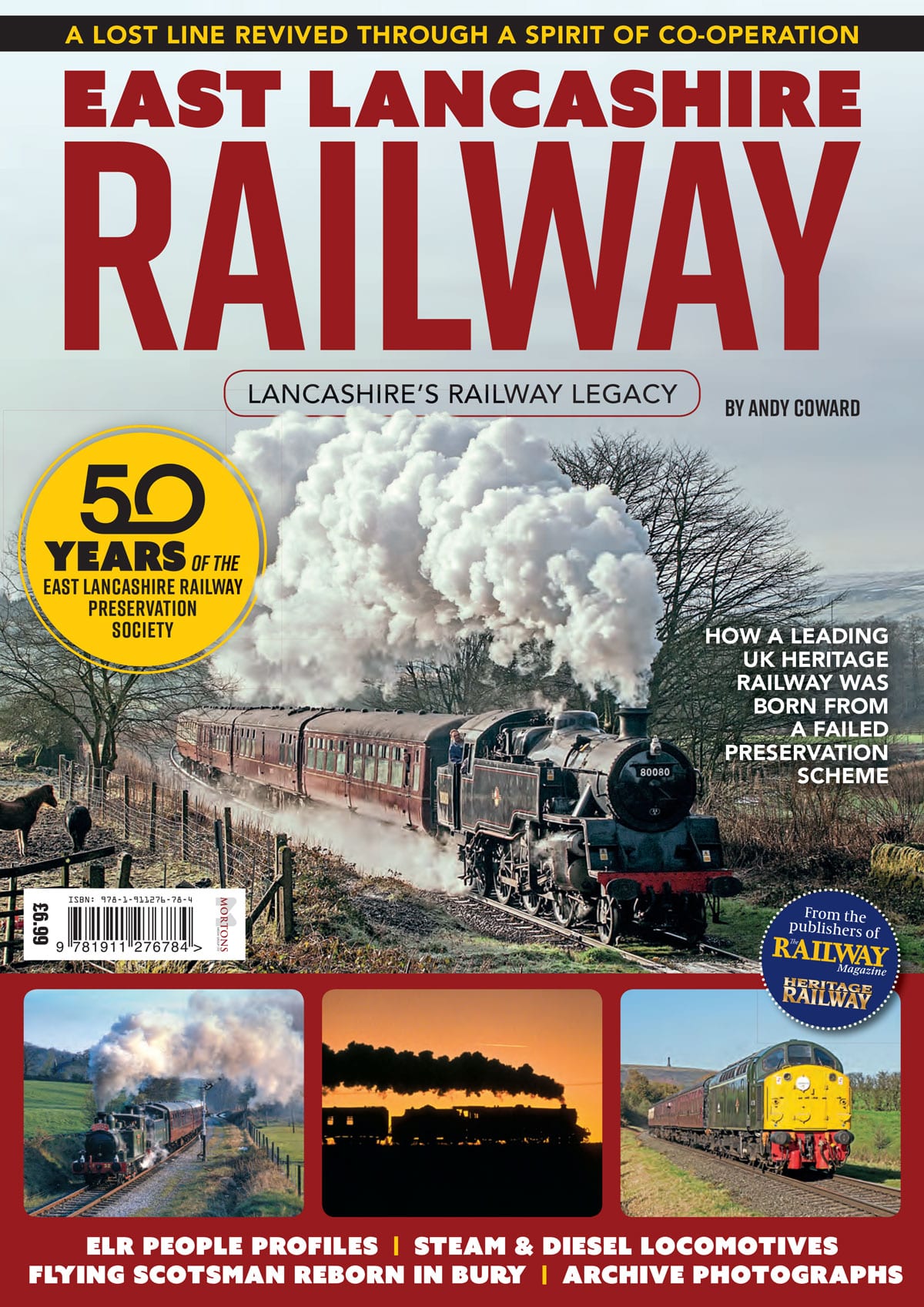 In 1968 a group of like-minded railway enthusiasts got together to preserve a three-and-a-half mile line, based at Helmshore in Lancashire. The East Lancashire Railway Preservation Society faced hurdles at every turn, being thwarted by British Rail’s unrealistic demands for purchasing the line and an unsupportive local council casting doubts about the scheme’s viability, forcing the volunteers to move to a new base in Bury.

Since reopening to passenger services between Bury and Ramsbottom in July 1987, the ELR has grown from humble beginnings into one of the UK’s leading heritage railways and a top North West visitor attraction.

It’s a story of triumphs and disappointments, showing how determination, partnerships and hard work can make dreams come true.

Join us for a journey through the last half-century and discover how the East Lancashire Railway has also helped to transform the fortunes of the towns served by the line, making it an essential part of the local economy.